Make a note of it

If you thought that all homebrew fans of the DS had turned their backs on Nintendo's old stalwart for good, you'd be sorely mistaken.

You see, one dedicated modder by the name of 'smealum' has been working on a DS homebrew version of Valve's much-loved first-person puzzler Portal for around six months.

And its shaping up to be something special.

In smealum's most recent development diary-esque video (below), the modder reveals that his DS Portal, err, port already contains gameplay elements such as switches, turrets, and those pesky energy balls.

Smealum does admit, though, that this homebrew version is "still nowhere near playable", and asks commenters not to be "too harsh" on his work so far. We can't imagine how even the nastiest of YouTube trolls could muster up more than a 'wow', mind.

Before starting work on this homebrew version of Valve's popular puzzler, smealum released DScraft, an adaptation of Minecraft's Creative mode for the DS. 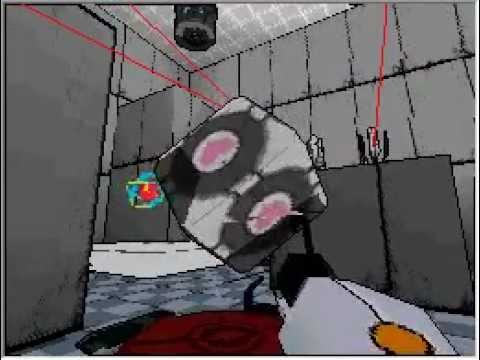 Subscribe to Pocket Gamer on
Kotaku
Next Up :
Genshin Impact hosting web-event To Ensnare a Prey to celebrate the release of new character Yelan