There's even a level editor

After roughly one whole year of hard work, a dedicated modder by the name of smealum has managed to get his homebrew DS game ready Aperture Science DS for its first public release.

Truth be told, we've had our eye on this one for a while. And given smealum's previous work on DScraft, we have no reason to doubt the care and attention he's paid to this homebrew game.

The current version of Aperture Science DS isn't finished, so don't be too surprised to see the odd bug. There are 14 levels available to play through currently, with companion cubes, the portal gun, and deadly turrets all included.

More impressively, there's also a full level editor in the download, so you can build and share your own custom-made levels. 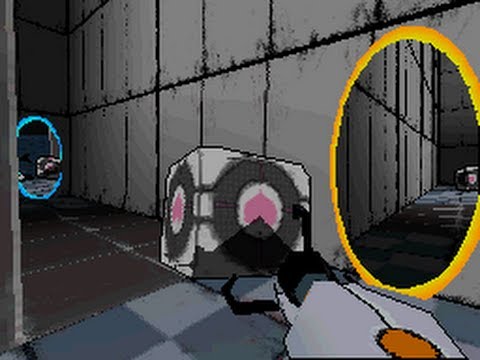 To run Aperture Science, you'll need nitroFS. If your flashcart doesn't support nitroFS, then you can get around that issue by downloading hbmenu and using it to run the game.

You can find the download and community maps, as well as any other help, on the Aperture Science DS website.