Given I've never flown in an AH-64 Apache gunship, I can't comment on the veracity of the claim from Real Mobile Simulation that its sim is 'most realistic combat simulator for iOS'.

It looks pretty lifelike though, featuring as it does all the proper cockpit instruments, infrared targeting system, plus the low light visuals as part of the day/night operations.

In terms of what you can get up to in the sim, there's a free flight mode, plus typical support and attack combat missions using the M230 chain gun and rockets, and a bonus air show mode.

Some missions will require you to perform in-flight refuelling, as well as following navigation waypoints, while basic rotor control is managed using a touchscreen slider. 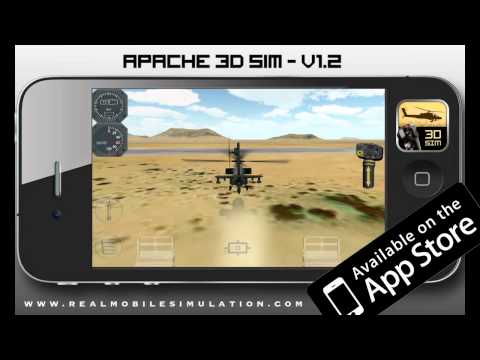 The flashing rotors of the AH-64 Apache