It seems live forever since we heard that the Chinese-built Symbian RPG Anrufen was being redeveloped for iPhone. Indeed, it was at the beginning of September 2008 when the iPhone was still young, but the mobile MMORPG has finally gone live on the App Store.

Anrufen Online offers a fantasy world viewed from an isometric perspective in which you become a wandering hero on a quest to (along with thousands of other wandering heroes, of course) set out to vanquish an evil creeping across the land of Arcadia.

The game features many of the gameplay elements we expect from full, PC online games, such as classes, skills, real-time combat against monsters and other players and group quests. You can also make friends with other players and raise familiars to aid you in battle.

And best of all, Anrufen Online is free to download and play, so hit the App Store button below to go an check it out. 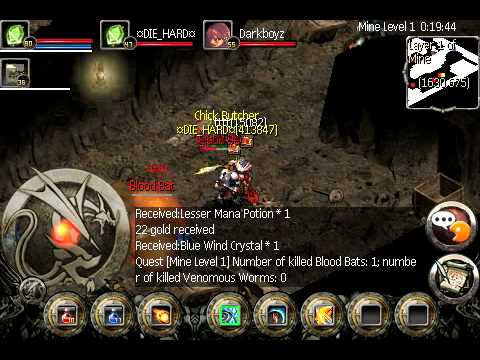 Subscribe to Pocket Gamer on
Next Up :
Clean the Sea! lets you pick up ocean trash and recycle them to save the seas, out now on iOS