There are a few developers working on massively multiplayer roleplaying games (MMORPGs) for iPhone, but they're few and far between. Well, it's early days for Apple's handset as a gaming platform after all.

One intriguing game that's reportedly on the way, though, is Anrufen Online.

The mobile MMORPG (should that be MMMORPG?) is the work of Chinese firm WiSTONE, and is due to commercially launch for Symbian handsets early next year. However, it's reportedly heading for iPhone, too.

The game takes an isometric viewpoint and a fantasy theme, and promises rich community features around its core battles, as well as a detailed storyline, and the ability to raise your own familiars to do battle on your behalf.

There's no news on an iPhone release date or details, but we'll keep you posted.

In the meantime, check out the official Anrufen Online website for more information, and watch the video below to see how it plays on Symbian phones (the screens above are also the Symbian version). 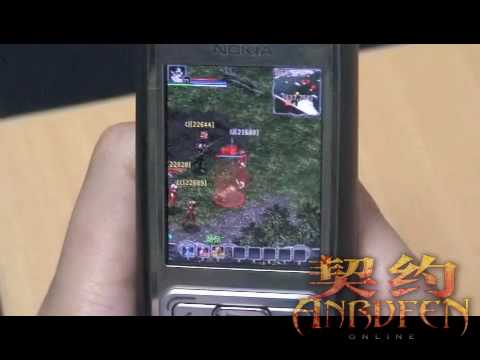