Another Eden: The Cat Beyond Time and Space celebrates second anniversary with new character

Another Eden: The Cat Beyond Time and Space, the mobile adventure game from WFS, has received an update for its second anniversary on iOS and Android devices.

The second anniversary update for Another Eden introduces a new character, Melissa, created by Kimihiko Fujisaka, who worked as an artist on the Drakengard series. Melissa is the latest addition to the game’s already large cast of over one hundred characters.

In honour of the game’s second anniversary, Melissa will debut on Another Eden’s global version before its Japanese release, which is the first time WFS has done this with an update. Check the trailer below to see more of the character. 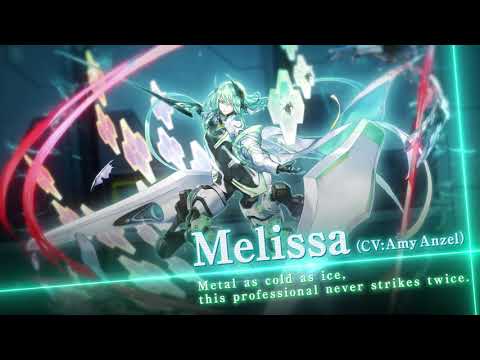 To coincide with Melissa’s release, there’s a new campaign being added to the game where you can get a Rainbow Radiance Drop of you continue a new chapter from the main story. You use the Rainbow Radiance Drop to select one element from fire, water, wind or earth and then encounter a character from that element.
You can only receive a maximum of one drop per encounter, which are chapters 26, 45, 56 and 67 of the main story. This runs until 20th March, so you have plenty of time to check out that new content.

The second anniversary update also brings increased login bonuses. Between now and 9th February, you’ll be able to get 50 Chronos Stones from logging into Another Eden. There’s also a time-limited sale of 2000 and 4000 Chronos Stone packages, also available until 9th February.

You can download Another Eden: The Cat Beyond Time and Space from the iOS App Store or Google Play for Android. It’s a free to play title containing in-app purchases.

Do you enjoy playing RPGs on your phone? Be sure to read Jon's list which details some of the best ones you can play on your iPhone or iPad.
Next Up :
Black Desert Mobile reveals new Drakania class alongside other major updates and announcements