After seeing a ton of success on iOS, the slapstick comedy adventure game Amazing Frog? now has its eyes set on Android audiences, and will be hitting the platform later on this year. Developed by Fayju, this simple but hilarious physics-based title sees players take on the role of a frog in the UK town of Swindon, exploring on boats, buses, balloons, cannons, you name it.

Amazing Frog? is actually quite adjacent to a certain other animal-themed physics-based comedy series; Goat Simulator. If you’ve played one, you’ll have a good idea of what the other is about. In the case of Amazing Frog? it's fairly simple. You play a frog. He farts on your command, he drives vehicles, and he usually falls over in very funny ways. Sure there are small objectives to take on like perhaps cannoning yourself into a stack of boxes or bowling pins, driving whichever vehicle into the lake, but at the end of the day, this is a game meant to do nothing but relax you and give you some hearty chuckles. 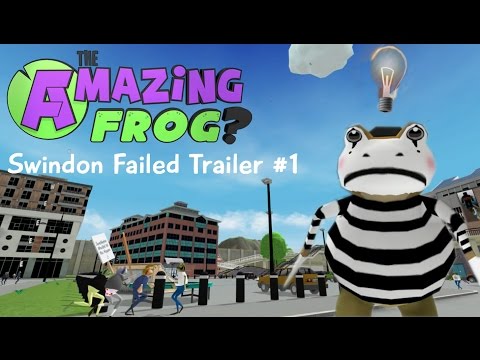 Having already seen a fair amount of popularity on iOS devices, an Android release has been heavily requested by fans of this cult classic for many years, and Fayju has promised that once it is out, Android players can expect plenty of updates and changes regularly to keep the experience fresh and to give players more situations to put their funny little frog man into.

The best part? Amazing Frog? is one of those very rare mobile titles that fully supports 4-player splitscreen, so you can gather up your buds and you can all take part in the vast variety of crazy antics that are laid out for your frog, making it a wonderful game to simply turn on in the background to laugh at.

If all of that sounds perfect for you, keep a keen eye out for the official release date of Amazing Frog? when Fayju announces it. Until then, for our iOS crowd, you can purchase it for only $4.99 right now on the App Store, so get out there and destroy some stuff with your slimy little green buddy.

Looking to get into more hijinxs in a wide-open world? Check out our Top 15 best adventure games for Android!
Next Up :
Monster Strike: Ghost Scramble, the co-op sequel to the hit pinball-like gacha RPG, available for pre-register in Japan now

Amazing Frog? lets you explore Swindon as a frog in a multiplayer sandbox adventure on iOS