Everything you need to know about Alchemy Stars' Summer's Breeze & The Port of Hope: Tempest in the Harbor event

The Summer's Breeze & The Port of Hope: Tempest in the Harbor limited-time event is giving away tons of special in-game goodies for Alchemy Stars fans! Everyone can look forward to new content in "Doomsday over the Horizon", "Enchanted Valet Stand", "Let's Go Swimming!" and "Detailed Investigation III" as well in the next few weeks.

Players can consume their Prism to clear stages in the Main Story stages and Resource stages, where they will receive Morphing Card to be used to draw goodies from the Enchanted Valet Stand draw event. Up to Lumamber ×1,800, event exclusive Aurorian Rainbow and her Solamber, event furniture Potted Palm Tree, Legendary Aurorian Breakthrough materials, Cloud Gardens Branch currency Petrowood, upgrade resources and more are up for grabs. 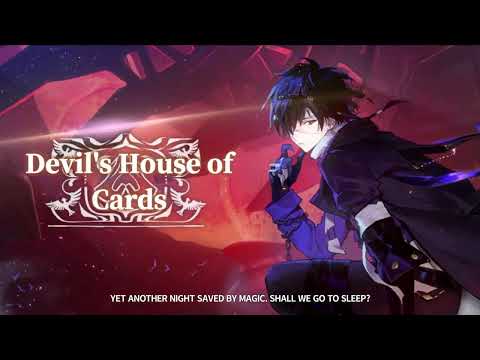 Meanwhile, the Doomsday over the Horizon Event running until September 19th will reward Navigators with up to Lumamber ×900 when they complete these stages with 3-Stars. The event furniture: Starfish Sand Sculpture will be rewarded to those who clear Stage 8 with 3-Stars. Trial stages for the 3 Aurorians can be cleared to score up to Lumamber ×150 as well.

Initially, players will receive 5 Cloud Disks, and they can earn Cloud Disk ×1 daily after reaching 60 Activity. The Eye of the Storm event, on the other hand, will give away up to Lumamber ×780 and Jasper plus event-exclusive 5-Star Aurorian: Dawn and her Solamber depending on their progress. These two new contents can be accessed via the Lobby - Explore - Adventure Tales and can be unlocked upon clearing Main Stage 4-9 beginning September 15th.

Login bonuses and a new Aurorian

During the new limited-time login event Habor Sign-In from now until September 19th, players can expect to nab Morphing Card ×500 and Anonymous Gift I ×2 when logging in for the first day, Lumamber ×100 and Nightium ×5,000 for the second day and so on for eight days.

Players can expect to obtain new Aurorian: Fia during the limited-time Starry Trails recruitment event and new Aurorian: Jeno during the limited-time Sleight of Hand recruitment event until September 21st. 6-Star Aurorian Luke - Forest Butterfly will be available in the Store for a limited time and will be sold as a gift pack with Special Star Flare ×10. The Forest Butterfly Special Pack will only be available for purchase once during the event with an $18.99 price tag.

As a bonus for all players, everyone will receive 120 Prism and 2 Carriers every day during the Summer's Breeze & The Port of Hope: Tempest in the Harbor event for 5 days, plus Gift Content: Diluent ×10 and Fortified Pheromone ×10.

If you're keen on joining in on all the fun, you can download Alchemy Stars on the iOS App Store and on the Google Play Store for Android devices. It's a free-to-play game with in-app purchases.

What's A Preferred Partner Feature?
From time to time Steel Media offers companies and organisations the opportunity to partner with us on specially commissioned articles on subjects we think are of interest to our readers. For more information about how we work with commercial partners, please read our Sponsorship Editorial Independence Policy.
If you're interested in becoming a Preferred Partner please click here.
Next Up :
SD Gundam G Generation ETERNAL opens applications for beta testers with a start planned for later this month