Popular tactics-based gacha RPG Alchemy Star has announced its next big crossover, this time with the world-famous JRPG Persona 5 Royal. This event will introduce new characters, cosmetics, and other additions.

Alchemy Stars is a unique beast, a gacha RPG that gets rid of the typical turn-based gameplay most of its contemporaries use and replaces it with a quasi-tactics setup. It’s part tactics, part puzzler, as you’ll be placing and moving units as well as doing combat with enemies on a grid-based map, but the tiles you move around are also part of the gameplay itself, as you’ll also have to match up these tiles with others of the same colour to receive specific buffs. Add on the unique abilities that each member of the cast has, and it’s very much its own thing, comparable only to something like Disgaea, another popular JRPG series. 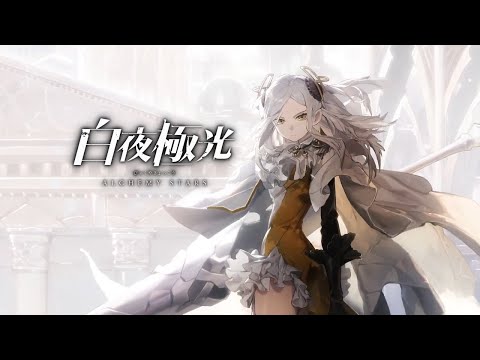 Of course, with an anime-inspired art style and some very JRPG graphics and gameplay conventions, it’s natural that Alchemy Stars would choose the legendary Persona 5 for a crossover. Persona is a long-running series, but Persona 5 Royal specifically made a name for itself and then some at launch, becoming one of the best-selling JRPGs of all time. It’s particularly loved for its cast, so to see the characters players already love enter another game means that it might catch an audience that may have originally skipped over Alchemy Stars.

Unfortunately, as of right now, it’s unclear who all from Persona 5 Royal will be making their way into Alchemy Stars with this upcoming event. I’m sure we’ll hear more as the “late July” window for the launch of this crossover approaches, but for now, it’s likely a safe bet we’ll see the usual suspects; Joker, the protagonist, Skull, the sidekick, and Panther, the other sidekick, are all very popular so I’m certain we’ll at least see those three.

For now, however, we’ll just have to stay tuned to the Alchemy Stars Twitter or the official website for any updates. Until then, if you’d like to get a head start, you can download and play Alchemy Stars for free right now on the App Store and Google Play.

Do you love gacha games? Why not check out our best Android gacha games?!
Next Up :
Art of Fighting 3, the classic 2D fighting game from SNK, launches as part of the ACA NeoGeo collection