Age of Legends: Idle wars is an upcoming strategy game that will release globally soon. Currently, it has been soft-launched in Canada.

Age of Legends: Idle wars has been developed and published by Dynamic Next Games, known for its RPG Downtown Mafia: Gang Wars Game.

Age of Legends: Idle wars is an all-new idle auto-battler. Here you will get the chance to play through campaigns to build a legendary army. You step into the shoes of a commander who has to lead their tiny hero army in epic battles. There are over a hundred levels of league campaigns, and you can form an army using a mix of over 25 plus heroes and troops.

The developers have promised to keep adding more campaign levels in the future. As you progress, you will get many rewards and unlock more heroes and the ability to customize them.

You can check out the trailer below to see the game in action. 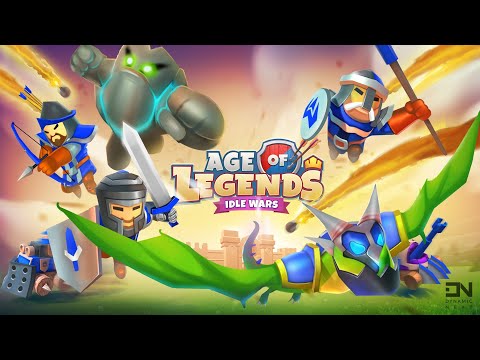 Canadians can now enjoy playing Age of Legends: Idle as it has just been soft-launched there. You can get it from Google Play. It's a free-to-play title with optional in-app purchases.

It is rumoured to release globally soon. However, the developers are yet to confirm the release date officially. There are also no updates about the iOS version.

From the trailer, Age of Legends: Idle wars seems to be an interesting casual idle game. For me, I keep hopping between idle games as they are great time killers, so I might give it a go when it's released in my country. Also, the characters' design and their animations look cute, so kudos to the team that worked on the graphics. Also, check out our list of the Top 25 best looking games for Android phones and tablets.
Next Up :
Century Games' Merge Skyland is out now in select countries on Android and iOS