Loongcheer Game has just announced a new dark fantasy RPG titled Adelamyth, inviting players to dive into its mysterious world filled with demon invasions. Now on Early Access, the idle game features comics-style artwork and an intriguing story about saving a fallen world from the forces of evil.

Players can tinker around with more than 60 heroes to collect and level up in five different elements (water, wind, fire, dark, and light). Thrilling PVE battles go hand-in-hand with the casual mini-games to keep things balanced, while the PVP mode lets players go head-to-head across the globe for the ultimate bragging rights.

Combat prompts you to strategize the best formation that lets your heroes complement each other, while the auto-hunting features reward you with valuable resources even when you're away. Typical of the genre, you can also upgrade, awaken, and star-up your heroes, along with the "reborn" system and the soul resonate system where you can share your hero level among five characters. 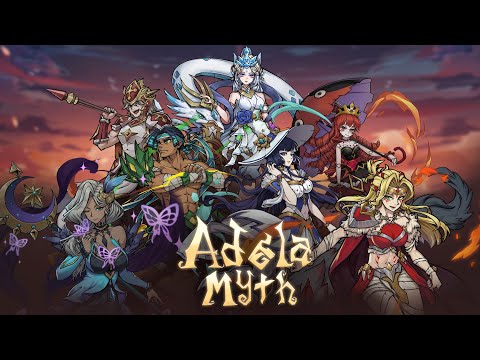 The official launch of the server will also reward players with a welcome gift, a first recharge pack, and a "Ceremony" that lets you score a free core hero: Seth after clearing quests. If you're curious to know more about Adelamyth, you can take a look at the embedded trailer above to get a sneak peek of the game's vibes (the artwork does look stunning). You can also join the community of followers over on the official Facebook page, or give the game a go yourself over on the Google Play Store for Android devices.

Are you on the lookout for more games on your mobile device where you can still reap rewards even without putting in too much time and effort? Why not take a gander at our list of the top 15 best idle games on Android?