Loongcheer Game has announced an exciting new update to Adelamyth, the studio's casual idle RPG on mobile. In the latest update, players can expect to join in on a bunch of Thanksgiving festivities in the game along with a new hero, a new skin and fresh Guild gameplay features.

Adelamyth's Thanksgiving 2022 in-game event welcomes a new boss into the fray, rewarding players with special prizes when defeated by summoners with their Guild. In-game goodies will be up for grabs in the Guild Depot where players can use donation coins to exchange special items.

Even cooler is the addition of a new Hero into the idle RPG. In particular, Flame Lotus hails from the Fire Faction and is already available to pull from the gacha. Charlotte will also have a new themed skin that's in sync with the season - she'll be sporting a straw hat as well as a cow-shaped umbrella and a pet turkey.

Finally, the "Play Ring Toss" event will reward players with in-game goodies for a limited time after they catch the turkey. 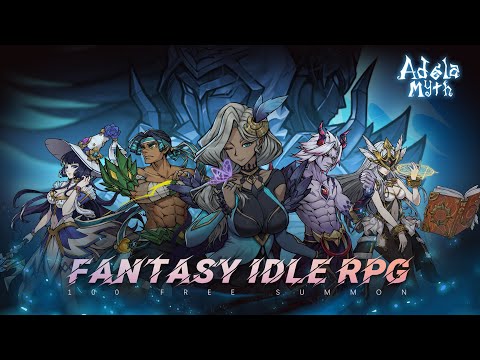 If you're keen on giving the game a go or experiencing the update for yourself, you can download Adelamyth - Casual Idle RPG on the iOS App Store and on the Google Play Store for Android devices. It's a free-to-play game with in-app purchases. You can also visit the official website or join the community of followers on Facebook to stay updated on all the latest developments. In case you're not familiar with the title, you can take a little sneak peek at the embedded clip above to get a feel of the game's vibes, visuals and mechanics.

Are you on the hunt for more similar titles that will put your skills to the test on your mobile device? Why not take a gander at our list of the best idle games on Android?