112 Operator is a simulation and strategy game about managing the emergency services, available now for iOS

Heading to Android in early November

112 Operator is a simulation game from developer Justu Games that initially launched for PC earlier this year. Now it's available for iOS devices and will be heading to Android early next month. As you might able to decipher from the name, it sees players managing the emergency services to quite an in-depth level.

It's partly a real-time strategy game then where players will receive calls from people in various situations and have to dispatch the appropriate emergency units to assist them. How you react will be vital as some people will be in dire need of help whilst others are inconsiderate pranksters who are just looking to waste your time.

Alongside prank callers, there will be a host of other issues to contend with such as traffic, extreme weather or just the season of the year. The aim is very straightforward then, to save as many lives as possible and you can do so on real city maps, with over 100,000 locations to choose from.

It's not just saving lives by sending out an ambulance either. There will be fires that will need to be put out and criminals to catch. This could range from fairly petty crimes to putting a stop to more serious criminals that are associated with terrorist attacks. 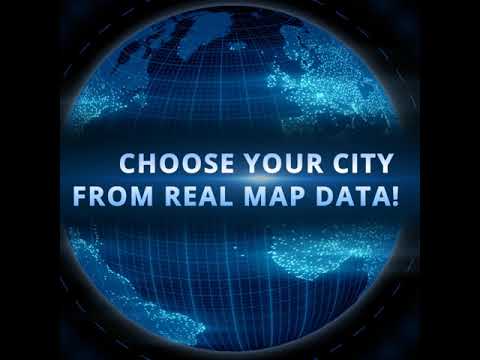 It will always be up to you to dispatch whatever unit is needed for that situation whether that's a SWAT team, Search and Rescue helicopter or an ambulance. It's also possible to buy new units and supply them with useful gear such as bomb disposal robots.

112 Operator is available now over on the App Store and is open to pre-register on Google Play. It's a premium title that costs $9.99 on mobile and is also available on Steam at a higher cost.

On the hunt for more strategy games you can enjoy on your phone? Here are 25 of the best available for Android
Next Up :
Cats&Soup, the charming idle game where you make soup with cats, surpasses five million downloads