The version of World's End Club currently available on Apple Arcade appears to be the first part of a larger experience. This is based on a tweet from Kotaro Uchikoshi. The full version will launch on Nintendo Switch in Spring 2021.

Note: World's End Club has a cliff-hanger end like Avengers Infinity War. (The complete version will be released on Switch.) But it contains enough volume and high entertainment as one game. Total play time is probably about 10 hours. (depends on the individual tho.) — Kotaro Uchikoshi Eng (@Uchikoshi_Eng) September 4, 2020

It follows the story of 12 oddball students on a class trip gone horribly awry. Following a bus accident, they've found themselves trapped in an abandoned theme park that also happens to be situated deep below the sea.

To make matters worse, they aren't entirely alone down there, with a strange clown quickly forcing them into a game of life and death. It's a premise that should be familiar to anyone who's played Uchikoshi or Kodaka's earlier work. 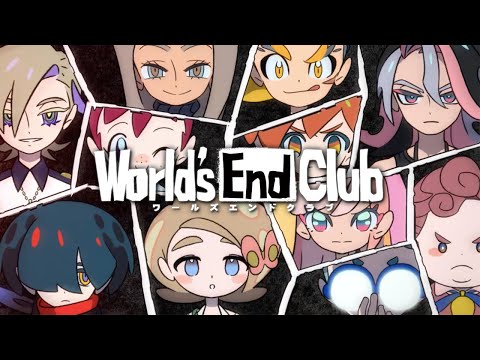 On a basic level, you can expect a 2D side-scrolling adventure with light puzzle elements and a focus on player choice. Your decisions made throughout can seemingly alter the course of the story, which should hopefully make repeat runs quite enticing.

While World's End Club is currently only available for iOS via Apple Arcade, a Switch version is in the works and expected to launch in Spring 2021.

IzanagiGames was also behind the recently released Death Come True, an FMV murder mystery set inside a mysterious hotel. I wasn't a particularly big fan of it, with my review from the time being largely negative, though as a fan of Uchikoshi and Kodaka's earlier work, I'll definitely be jumping into World's End Club later today.

Here's a link to its App Store page. As always, you'll need an active Apple Arcade subscription to play, and one of those will cost you $4.99 a month or $49.99 for the year.

In search of the very best puzzle games on mobile? Well, here are 25 of our favourites for iPhone & iPad
Next Up :
Fortnite launches Chapter 4: Season 1 with a new map, battle pass, and a tonne of new gameplay features