All your keep are belong to me

In a week that one industry veteran has announced his new venture is all about real world location games, we've been alerted the release of World Siege: Orc Defender, a game its developers claim is the "first multiplayer, location-based, augmented reality 3D conquest game for iOS".

Set up by Kineplay, a bunch of veterans of PC and console developers now working on mobile, World Siege mixes up real and virtual worlds as you play as an orc warrior, battling it out to control neighbourhoods, towns, cities and, eventually perhaps, countries.

Where in the world?

Based on Google Maps - check out the current map situation here - you start off in your local area, although the game's augmented reality features enable you to find and use portals via your iPhone camera. You can bookmark up to five map locations for easy recall.

Placing keeps wherever you like - you start with three - you have to train up orcs to protect your territory. As a freemium game, you can level them up with the loot you gain from battles or by spending real money to buy in-game Runic Gold to gain new weapons, shields, rings, spells and potions.

You can also buy packs of items such as axes, swords, staves, claws, bows and shields directly.

Of course, to progress you'll want to take over other people's territory with your main attacking orc, then installing defenders to protect your ill gotten gains. The more keeps you control, the higher your defence bonus, and the faster your orcs will level up.

You level them up by training them via special matches with imps, trolls and goblins, which you can buy from the bazaar.

The overall goal of the game is to increase your influence in the world, which is the combination of all your gold and items.

World Siege: Orc Defender is free and out now for iPhone. 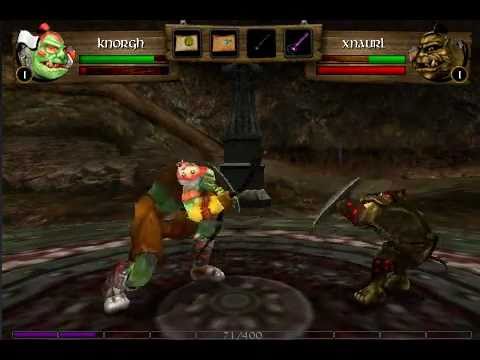 Subscribe to Pocket Gamer on
Next Up :
PUBG Mobile partners with YouTube Premium to bring lots of goodies to players from now until May 28th