Tanks for the heads-up 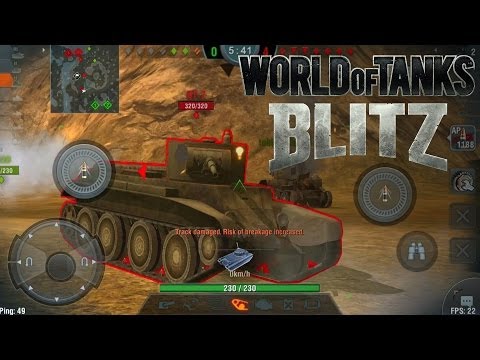 It looks like the Android version of Gold Award-winning free to play tank sim World of Tanks Blitz is set to hit the Google Play Store in the next few weeks. It's been a while coming, but we reckon this one might be worth the wait.

Talking exclusively to our sister site AppSpy, Wargaming.net confirmed that the Android version of the game is almost upon us. And on top of that it'll feature cross platform multiplayer, so you can shoot iOS friends in their tanky faces.

The iOS version of the game has recently been updated with some shiny new tanks, a new map, and a variety of gameplay tweaks to make the whole thing run that much smoother. Who doesn't love smooth tanks?

We'll let you know when we've hear a more concrete release date for World of Tanks Blitz on Android. In the meantime check out the excellent hands-on video with the iOS version at the top of the page. That's an order tank soldier.