World Flipper is an upcoming JRPG-slash-pinball title coming to iOS and Android, now open for pre-registration

Launching across the globe this summer, World Flipper lets you combine the exhilarating satisfaction of pinball with the overall awesomeness of anime, all in a charming, pixel-art package. Kakao Games and Cygames’ action mobile title takes your average pinball game and adds a retro vibe to it, all while keeping things bright, airy, and energetic with its anime aesthetics. The game is currently open for pre-registration ahead of its launch later this year.

The pinball-themed action RPG combines pinball-centric gameplay mechanics with a story you can follow along with, adding a burst of colour in every playthrough with its vibrant cast of characters. Every friend or foe you meet will have their own story to tell, and each team member you recruit will have unique skills to help you dominate your pinball match. World Flipper’s 2D retro-style pixel graphics also adds a level of nostalgia as you maximize your units’ six elements in battle. 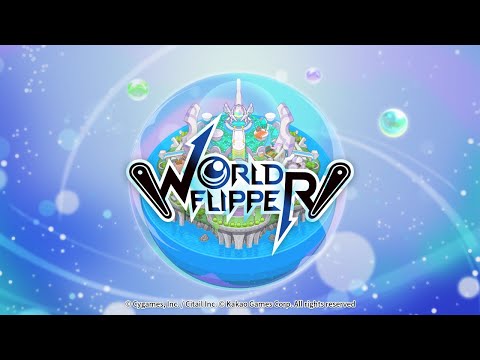 Players will also be able to collect resources, recruit new units, and level up characters and weapons. There will be special limited events, thrilling boss battles, and daily dungeon challenges - plus extra goodies for anyone who pre-registers on the World Flipper official website. Rewards include 4-star unit Arisa and the in-game currency Lodestar Beads based on pre-registration milestones.

World Flipper is now available for pre-registration on the App Store and on the Google Play Store. It’s expected to land on your devices on August 11th as a free-to-play game with in-app purchases. If you just can’t wait until then, you can also have a look at the embedded trailer above to get a feel of the gameplay.

Looking for more anime-inspired games with thrilling role-playing elements? Take a look at our list of the top 25 best JRPGs for Android phones and tablets!

Next Up :
My Talking Angela 2 lets players carry their BFF in their pocket in this new virtual pet sim, out now on iOS and Android