Outplay Entertainment has announced the official launch of Words Together on the Facebook Instant Gaming platform, letting players compete against each other to put their word-building prowess to the test. The game comes as part of the studio's efforts to dabble in socially-led games for the platform, and follows the launch of Solitaire Together earlier in 2022.

Words Together features full integration with Facebook and Facebook Messenger, which means that this accessibility lets players get into the game or challenge others simply by clicking a post on their newsfeed. As such, there are no extra downloads or installations required to enjoy the game. With hit mobile titles such as Gordon Ramsay’s: Chef Blast and Mystery Match Village under its belt, the studio is now giving players more opportunities to engage in social games as they race against the clock and compete for the highest scores. 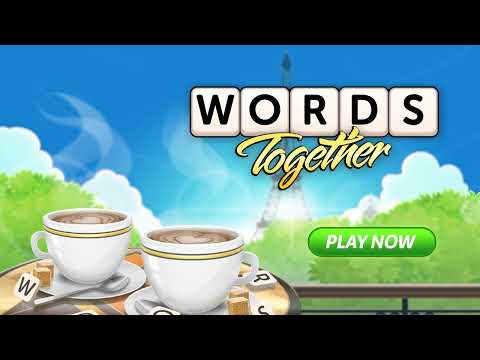 Letters will be provided, and players have to try to score as high as they can to beat each other on the same board over three rounds. “We’re delighted to announce the second title in our return to making games for Facebook with the launch of Words Together," says Douglas Hare, CEO of Outplay Entertainment. "This platform continues to be a great way for us to begin developing more social-based, multiplayer titles for our players.”

If you're eager to give the game a go, you can find out more about Words Together on the official website. You can have a look at the embedded clip above as well to get a feel of the new game.

Are you on the hunt for more similar titles that will put your skills to the test on your mobile device? Why not take a gander at our list of the best word games for Android?

Next Up :
Harry Potter: Puzzles & Spells is hosting a special event to celebrate the launch of Fantastic Beasts: The Secrets of Dumbledore