Willy’s Wonderland - The Game lets you beat up the creepy animatronics from the movie, out now on Google Play

In case you missed it over the hubbub of the holidays, Willy’s Wonderland - The Game has officially launched on the Google Play Store. Players can now help the Janitor brave the horrific "wonderland" in this new mobile title from QUByte Interactive, in partnership with Mito Games, Landmark Studio Group and Radar Licensing.

Willy’s Wonderland - The Game lets players dive into the cult film in a 2.5D beat ‘em up. They can face the bloodthirsty Animatronics in a more immersive way as either The Janitor or Liv, and rid the creepy town of the forces of evil.

Tito Turtle, Siren Sara, Arty Alligator, Cammy Chameleon and Willy Weasel all make an appearance, along with more horrors that players will have to punch and kick out of their way to survive. There are tons of special techniques and abilities to unleash to defeat waves of enemies. Typical of the genre, there will also be big bosses to take down as players progress through Willy's Wonderland-themed stages. 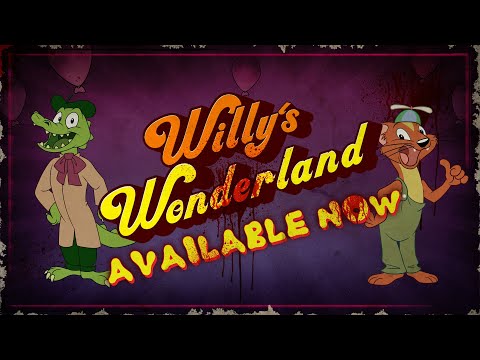 From the screenshots of the game, it does seem like the title has captured the eerie vibes of the movie, as the dark tones come in stark contrast with the smiling Animatronics. You can take a little sneak peek at the embedded teaser trailer above if you're curious to see how the game's atmosphere looks like.

If you're keen on giving the game a go and revisiting this cult fave, Willy’s Wonderland - The Game is now available to download on the Google Play Store for Android devices. It's a premium title that costs $1.99 a pop.

Are you on the hunt for more spine-tingling games that will keep you up at night on your mobile phone? Why not take a gander at our list of the top 25 best horror games for Android phones and tablets?

Next Up :
Mac's World lets you collect chicken legs and befriend pets as a lovable doggo, coming soon to iOS and Android