Wild Rift introduces a brand new champion alongside a ton of new content and balance changes in update 3.5b

In the latest update for the legendary mobile MOBA, Wild Rift, based upon the equally legendary League of Legends franchise, a bunch of new seasonal content has been introduced alongside a fair amount of new skins, champion buffs and nerfs, and some light adjustments to some as well. These new events specifically bring in a ton of new content, so this is not a patch you want to miss.

Frankly, these patch notes are so massive that it’d take numerous articles just to cover them, so we’ll discuss the highlights and if you’re interested, you can check out the official patch notes ahead of time. Let’s go over some of the biggest pieces of this update in the meantime!

First up, a brand new champion is here to make her mark on the Rift. Lillia, The Bashful Bloom will be making her way to the battlefield, sporting her half deer half magical girl body. Lillia is an AP assassin of sorts, meant to be played in the jungle or mid lane, and mostly focuses on massive mobility alongside some high damage abilities. Any fan of the mobile magic assassin archetype will surely love her. 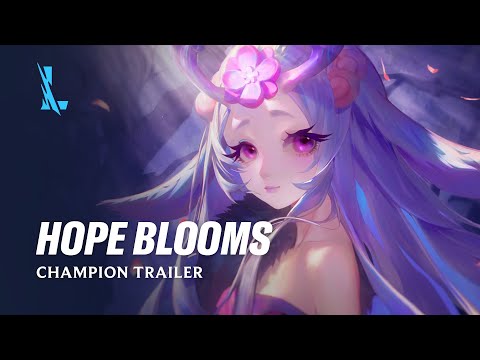 Then, we have two new events that will begin with this patch. Spirit Blossom introduces you to the Spirit Realm and includes a lot of Japanese-inspired imagery with sakura trees and melancholic vibes. It will bring with it five new skins for Lillia, Teemo, Thresh, Yone, and Yasuo.

Snowball Fight is next, and due out on December 30th. It will likely include some new skins when it drops too, but for now, it’s only safe to say it acts as a winter celebration of sorts.

Only two champions have received some nerfing; Braum and Rakan. They’ll be slightly weaker, as they appear to have been dominating the meta for some time.

Finally, we’ve got a light adjustment to Riven. Her base stats have been buffed slightly, but her 3rd ability’s shield has been nerfed by 10%, evening her out to a bit of a nerf but a bit of a buff as well.

Phew! Lots to discuss in this patch, and these are only a surface-level view of what’s gone on. If you wanna dig your teeth into all of this new content yourself, download Wild Rift at either of the links below!

Looking for more small-scale arena-based PvP? Check out our Top 13 best MOBA games for iOS!
Next Up :
Alliance Alive HD Remaster, a redone version of the classic JRPG from the 3DS, launches onto mobile