Two new champions will also be added each month

During the Riot Games Season 2021 live stream, they announced League of Legends: Wild Rift would be their latest esports venture. Throughout 2021 they will take the initial steps towards building the scene before rolling it out globally.

The regional plans for the League of Legends: Wild Rift esports scene are already in place. Towards the end of 2020, Riot Games announced that smaller, intermittent competitive events would take place throughout March in Southeast Asia. 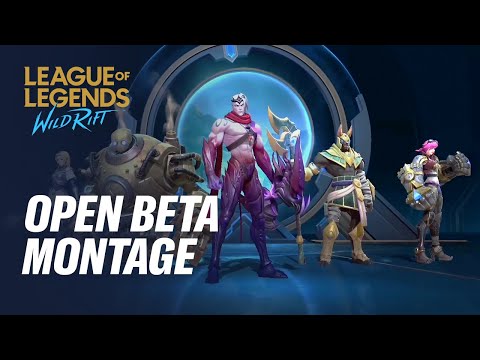 After that, in April, teams will then be split into eight location-based tournaments where they will battle it out to be a local champion. Then later in the year, those teams will have a chance to play against other local champions from across Southeast Asia.

Discussing the move into esports, John Needham, Head of Global Esports at Riot Games said: “Like League PC, League of Legends: Wild Rift is wildly competitive, with the depth, complexity, and high stakes moments that make for a great sport. While it’s still incredibly early, we’re excited to bring our passion and dedication for esports to mobile.”

It's time for the big Wild Rift updates for the year! Join @RiotFeralPony to hear about our plans for 2021!https://t.co/My3kqSQFez THREAD ?? — League of Legends: Wild Rift (@wildrift) January 8, 2021

Elsewhere it has also been announced via Twitter that the game is set to roll out to the Americas in March. Additionally, they plan to add two champions to the game per month with Katarina and Rammus listed as arriving this year.

Finally, they've also revealed that ARAM (All Random All Mid) is in development and will be tested later this year. This is an alternative game mode where players will be randomly assigned a champion before heading into a 5v5 battle that takes place in one lane. It's good fun at times and makes for a good change of pace from Summoner's Rift.

League of Legends: Wild Rift is available now over on the App Store and Google Play in select regions. It's a free-to-play game with in-app purchases.

Looking for some multiplayer games to scratch that competitive itch? Here are 25 of the best available for iPhone and iPad
Next Up :
Summoners War Chronicles gets an official release date for Korea