League of Legends mobile details have leaked alongside some video footage

As reported over on GuruGamer several leaked screenshots and video have surfaced that show a mobile version of the popular MMO League of Legends. There are a few details we've learned from Tencent's apparent port to phones to go over.

Firstly, through the champion select screen we know 27 of the characters that are currently in the game. Of course, there are many more in the PC version of the game. Whether or not they'll eventually put them all in I'm not so sure, a lot of the 27 are quite simple compared to some of LoL's latest additions.

The 27 characters are as follows: 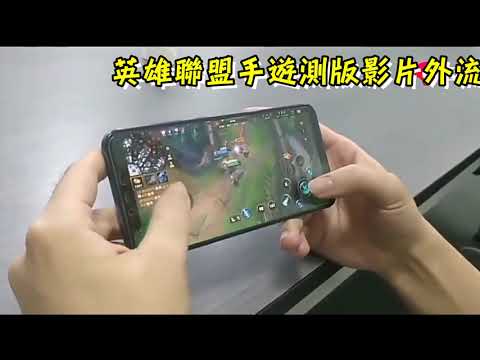 As you can see, it's predominately champions with simple skillshots, self-casting abilities or auto-target moves. There's also only 2 that I've played a significant amount, so my champion pool will be even more shallow than usual when it launches.

Another thing to note is that the camera is locked, which makes sense given how frantic League can be on PC, on mobile it'd probably be too much to also control the camera with touch controls whilst trying to move and use abilities.

Movement is done via a virtual analogue stick, which again makes sense, if you constantly had to tap where you wanted to go you'd be obscuring a lot of the screen very frequently. There are 4 separate buttons for each ability that you appear to press and drag in the intended direction when it comes to skillshots. Presumably, this will be a simple tap for something like Annie's Molten Shield.

Beyond that, there appear to be separate buttons for your two summoner spells, backing and auto-attacking. This does make the UI look incredibly busy and I can see myself easily getting muddled in a big team fight trying to tap various buttons quickly. But then again, I'm also terrible at the PC version of League.

So that's all the information we've gleaned from the footage. GuruGamer's article contains all the screenshots if you want to check them out, we've included press images from Riot's website here. I'll be keeping a close on eye on any further LoL mobile updates.