Q-dazzle Game has officially announced that pre-registration sign-ups are now open for Westward Journey Restarts, letting players get first dibs on the comic-based RPG as soon as it launches on June 30th. Coming to both iOS and Android devices, the game takes players on a journey through the popular Hongkong comic The Westward.

Westward Journey Restarts will be the first iOS release of the title in Southeast Asia. According to the game's narrative, "After Tang Sanzang, the great monk, and his principles Monkey King, Pigsy and Sandy got the scripture from the Western Heaven, they are going to present it to the administrator of the Heaven Realm, Sakra. However, the Monkey King heard the words from the scripture and refused to handle the scripture to Sakra, which led to his death and the dismissal of the westward journey team. Sixteen years later, the lost scripture appears again. The heaven realm camp wants to reclaim the scripture and march to the Tianyu mountain and the new story starts from here." 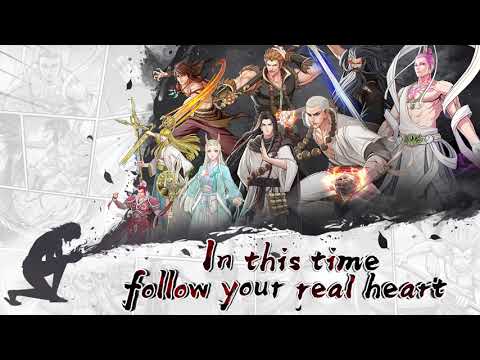 The game features more than a hundred heroes to collect across six camps, as well as thrilling PVP systems and a variety of dungeon modes to tinker around with. If you're keen on joining in on all the fun, you can pre-register now on the iOS App Store and on the Google Play Store for Android devices.

You can also join the community of followers on the official Facebook page to stay updated on all the latest developments, or take a little sneak peek at the embedded clip above to get a feel of the game's visuals and gameplay.

Next Up :
King's Choice is set to celebrate its first anniversary, with exciting updates and social media events