West of Loathing may look familiar if you played Kingdom of Loathing, the cult browser MMORPG that surprised many a few years back. Asymmetric is back with a new, single-player RPG, this time transporting players to the fictional Wild West. It's shaping up to be a deep RPG experience, despite the stick-figure art that might suggest otherwise. At the same time, West of Loathing doesn't take itself seriously, and is better for it. Case in point, I was not expecting to find myself elbow-deep in a spittoon at PAX East, but there you are. West of Loathing continuously asked me if I was sure I wanted to continue down this path towards madness, but I persisted. The reward was . . . not great, which I guess was as to be expected. A filthy, cheap ring was all I had to show for my efforts.
West of Loathing is full of irreverent moments like this, constantly trying to break the fourth wall, but it’s never insufferable. At the Sherf’s Office (the painter messed up the sign, the sheriff confesses), you’ll need to help him track down the prison-cell door by taking out the Fricker Gang, a nasty group of bandits hiding out in a cave. Before you do that, though, there’s a goblin living in the saloon basement that needs dealt with, and a man who has turned into a cactus needs something to read to offset the boredom that comes with his new, sedentary lifestyle. 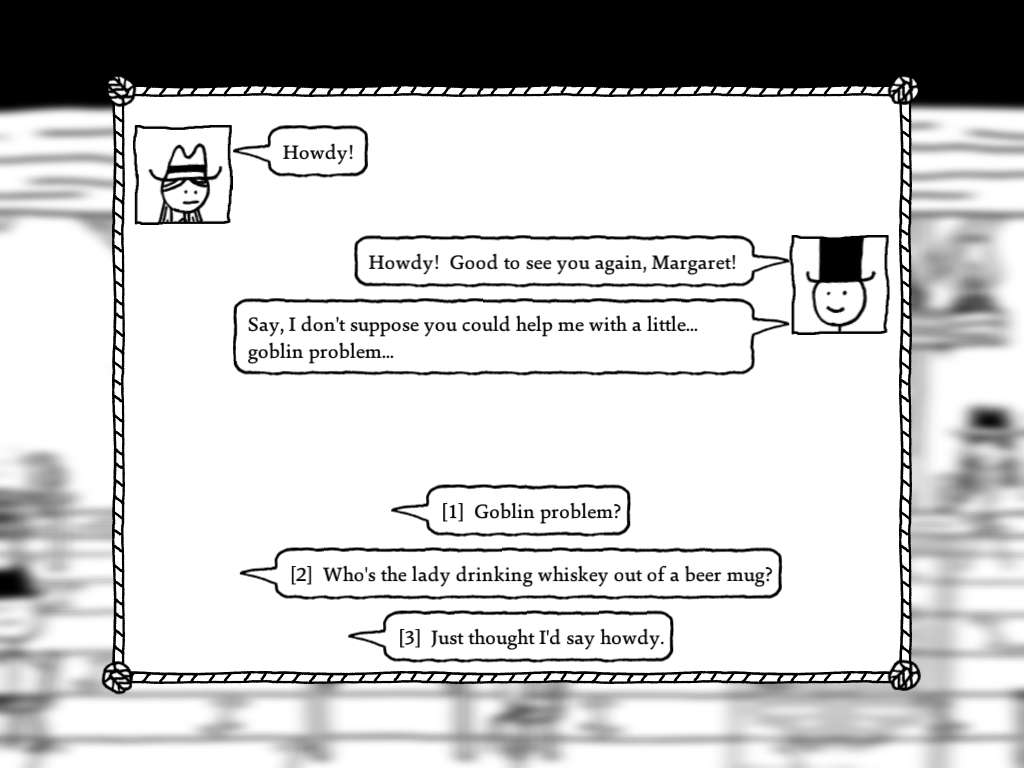 The writing truly breathes life into the game, and most of the interactions you have come with compelling, albeit humorous, dialogue options, some of which are gated by specific skill sets or item requirements. Once I gathered enough meat, the game’s currency, I could play poker with a pair of old men at the bar. One could con them out of their money if they had manipulative skills. I did not, but after making a steep bet, it turns out they had no idea what they were doing, so I made up the rules anyways.

The silliness is complimented by sound RPG mechanics. Players can choose from three customizable character classes, each a riff on traditional RPG tropes. I chose the Snake Oiler class, which equipped me with a suitcase full of serpents which I could use to whip enemies or send into battle as my pets. Also playable in the demo were the Cow Puncher, a melee class, and the Bean Slinger, a spellcasting class that also specializes in cooking. 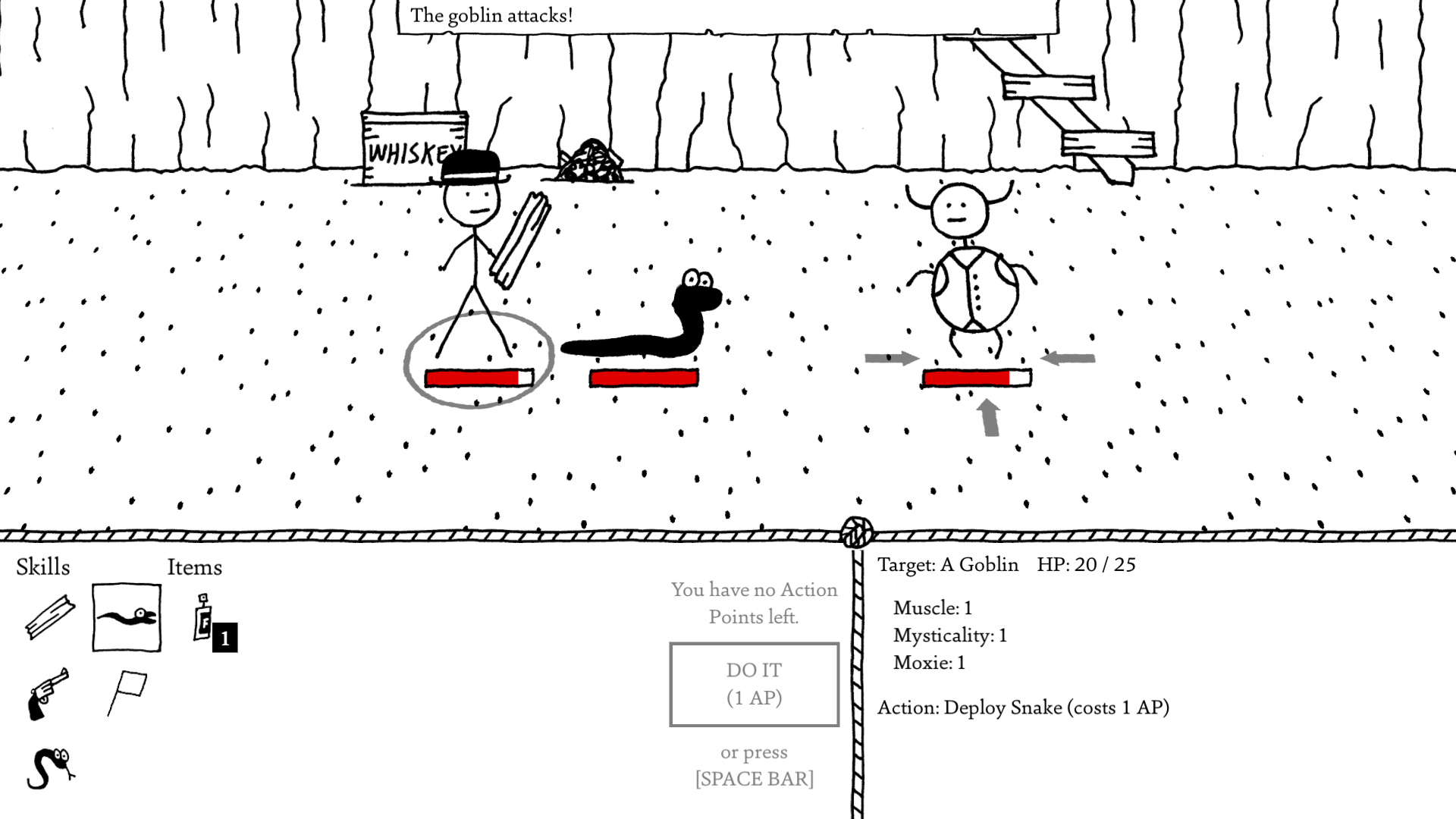 Battle is familiar turn-based RPG fare, but the quirky classes and ability to use random items you find in unexpected ways is quite refreshing. If you find yourself outmatched, you can toss a stick of dynamite at your foe to make quick work of things. I quite enjoyed using my pet snake to mop up damage while using my pistol to take care of business. As I played through the West of Loathing demo at PAX East, folks would pass the Asymmetric booth and do a double take, recognizing the same stick-figure art style from the web-based MMORPG they played years ago. People were stopping to thank the developers and ask for signatures -- something I didn’t see at many other booths during my treks across the show floor. Kingdom of Loathing has a fond cult following, and West of Loathing seems well set-up to follow in that legacy, attracting old and new fans alike.

West of Loathing is now a console exclusive for Nintendo Switch