Today, developer Snowprint Studios has announced that the Necrons will be a playable faction in their upcoming strategy title Warhammer 40,000: Tacticus. To coincide with the announcement, the developer has released a new video that showcases what their units brings to the table, which you can check out below.

The faction has various units that excel in different situations. Necron Warriors prefer to do battle at range using their Gauss Flayer Guns to pick off enemies. They can also be revived using Reanimation Protocols. Necron Flayed Ones, meanwhile, prefer to get up close and personal, tearing metal and flesh alike apart with their claws. Finally, Deathmarks sit far from the action and snipe enemies one at a time. 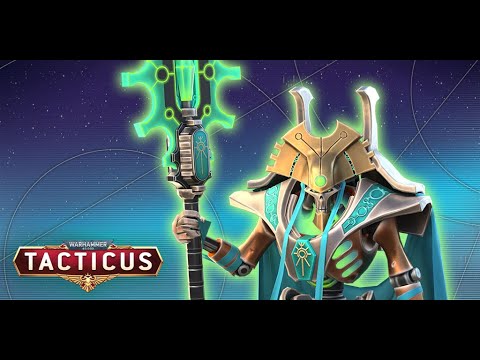 To gain access to the Necron faction, players will first need to best them in battle. After that, they will be able to use their forces themselves. Of course, they aren't the only faction available in Warhammer: 40,000: Tacticus, with Snowprint Studios planning to unveil more of them in the future.

Discussing the latest update, Wilhelm Oesterberg, Creative Director, said: “We have big ambitions to add a wide range of Warhammer 40,000 factions in Tacticus. In the Campaign game mode, you get to battle their rank-and-file units as well as proving your skill against higher-ranking characters. In the first Campaign - Indomitus - you clash with the Necron core units, with the iconic Necron Warriors and Flayed Ones coming at you right from the start. We're excited to share more about the playable Necron characters as we get closer to launch.”

Warhammer 40,000: Tacticus will release on the App Store and Google Play later this year. You can sign up to hear about any developments on the game's official website.

On the hunt for more excellent strategy games to play on your phone? Here are 25 of the best available for iPhone and iPad
Next Up :
War and Order adds new events and in-game giveaways in 6th-anniversary celebration

Snowprint Studios, the team behind Rivengard, are working on a Warhammer 40,000 game for iOS and Android