Yet another Warhammer strategy title is headed to the App Store. But that's far from a complaint, particularly when it looks this good.

Deathwatch: Tyranid Invasion is under development by Rodeo Games, responsible for Silver Award-winning Warhammer Quest, except here its using the Unreal Engine 4.

We spoke with Ben Murch, co-founder at Rodeo Games, about the challenge of developing with the Unreal Engine 4 on iOS, what sets Deathwatch apart, and how his experience with the lore has helped improve the new game.

Why did you choose Unreal Engine 4 for Deathwatch: Tyranid Invasion and what challenges were involved in developing with that engine? 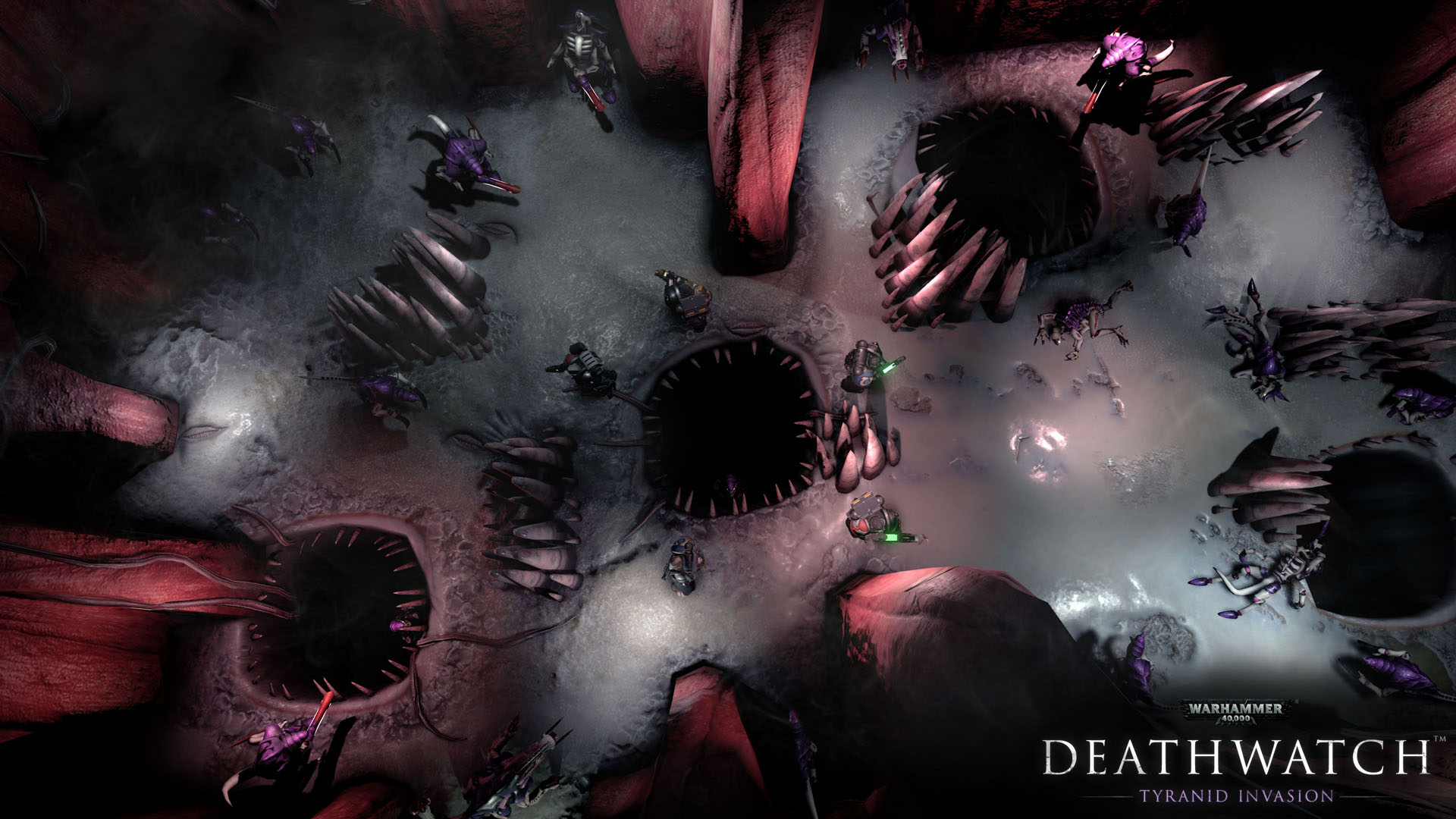 Murch: Well, we actually took a fair amount of time looking at all the options. It was just after launching WQ (Warhammer Quest), while we were creating DLC. We were slowly figuring out the new game, and what we would need.

Having a fully formed 3D engine was pretty high on that list, so we looked around. Everyone has their favourites, for us though, Unreal was quite simply the best choice.

Graphically it's amazing, very much top of it's class. Having all that AAA tech working straight away on iOS was a huge draw.

The choice to use Unreal 4 over 3 is a bit down to future proofing, but also down to our vision as a company. Rodeo Games was formed to make the best turn-based strategy games out there. Being on the cutting edge of engine tech made sense.

There is an abundance of Warhammer 40,000 games in the App Store, what sets Deathwatch apart? 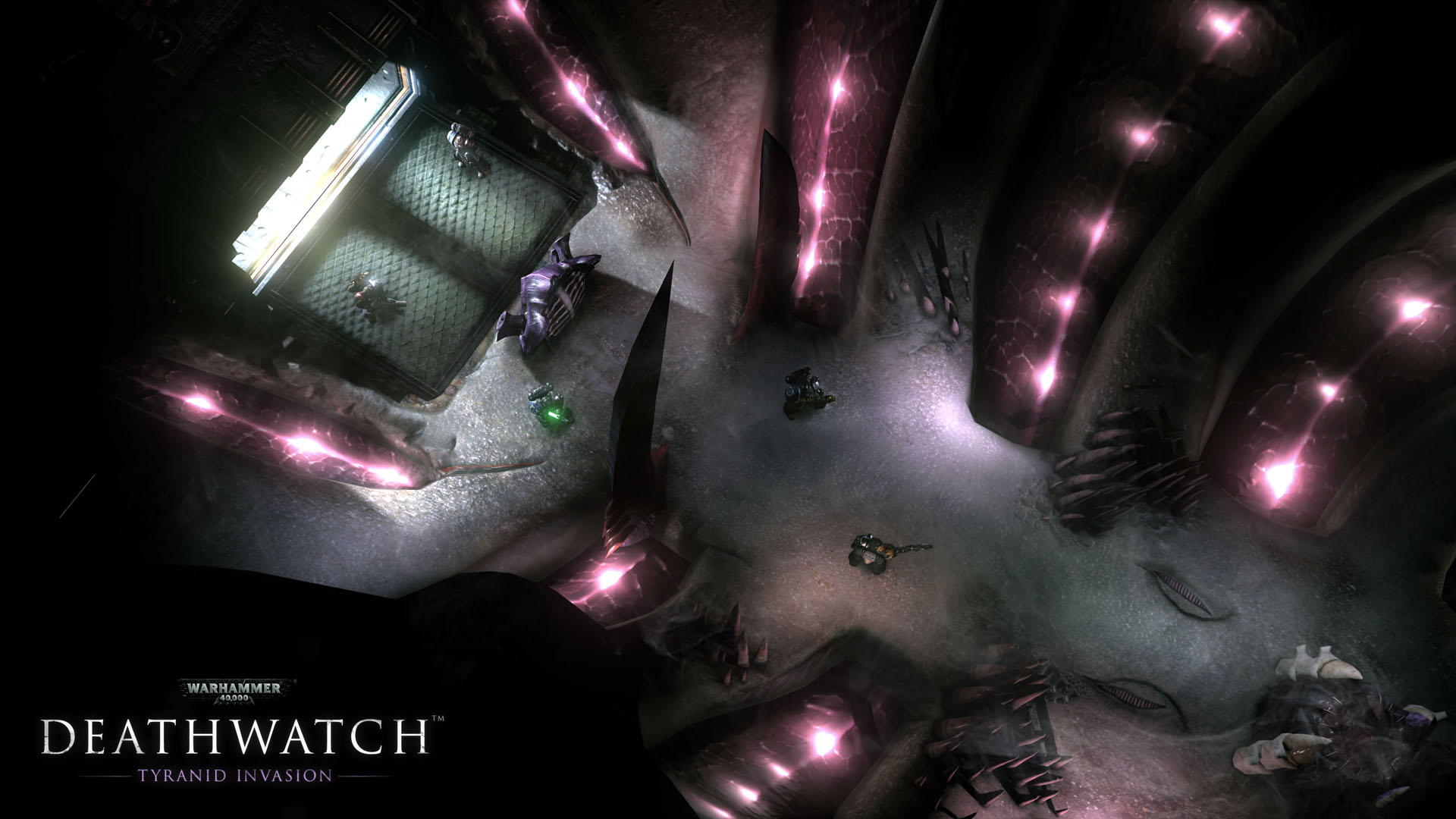 Murch: There are quite a few Warhammer games out there, Games Workshop have been pretty smart in how they license their property though. All of their games offer something different.

You want a platformer with Ultramarines, grab Carnage. You're interested in a full on playable story, go get Eisenhorn. There is something for everyone...which is great!

Among other things, Deathwatch is something for those people that love our previous games. It's very much a spiritual successor to our Hunters titles, which means that it's the third game we've created in that fashion, so hopefully we're getting it right by now!

The Deathwatch have never been covered before in game format either, which is very exciting for us. Space Marines from every chapter, coming together to battle Tyranids... all the Tyranids, from Hormagaunts to Hive Tyrants, there is a huge variation in how your enemy hunts you!

Couple that with over 30 unique heroes and 200 wargear items to collect, and you start to see the scope and difference in our game.

What did you learn during development of Warhammer Quest and Hunters that helped Deathwatch? 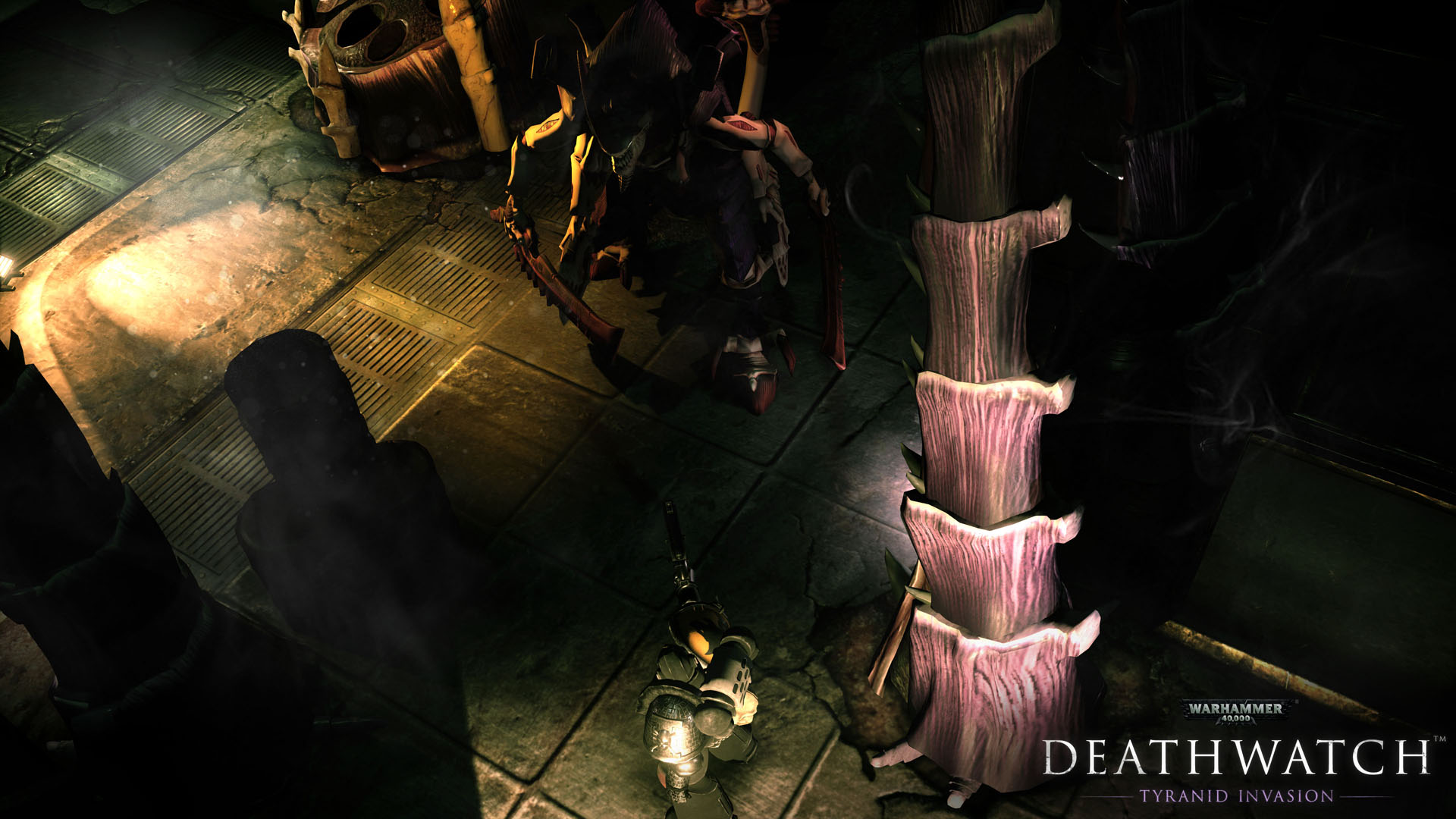 Murch: So many things! I mean, we started Rodeo nearly five years ago. Aside from us growing as actual people (there have been Weddings, children born, all that stuff), our knowledge of how to do turn-based strategy games has expanded.

Simple example. I was playing Hunters 2 yesterday and was infuriated with not having multi-move. That's the system which now allows you to move all your units at the same time and not have to wait for them to finish their actions. It came about in development of Quest, when dungeon crawling was becoming too much of a crawl, and has made it's way into Deathwatch.

Another huge lesson was reading. Most people just do not like to read pages of story in games. Actually, it sounds fairly obvious when you say it out loud, but during Quest dev it was not so clear.

So, those pages of exposé have gone in favour of a more broken down approach to story.

You learn about your mission in a few lines on the Act Select screen. You get more details in voice form from the Watch Commander during the mission. You get flavour from the marines actually talking to one another during missions as well.

So those clunky pages of text from Quest have been delivered through Deathwatch in various forms to give a more flowing narrative.

You mentioned that you want to bring the table top board game experience to mobile with Deathwatch - how exactly do you plan to achieve that? 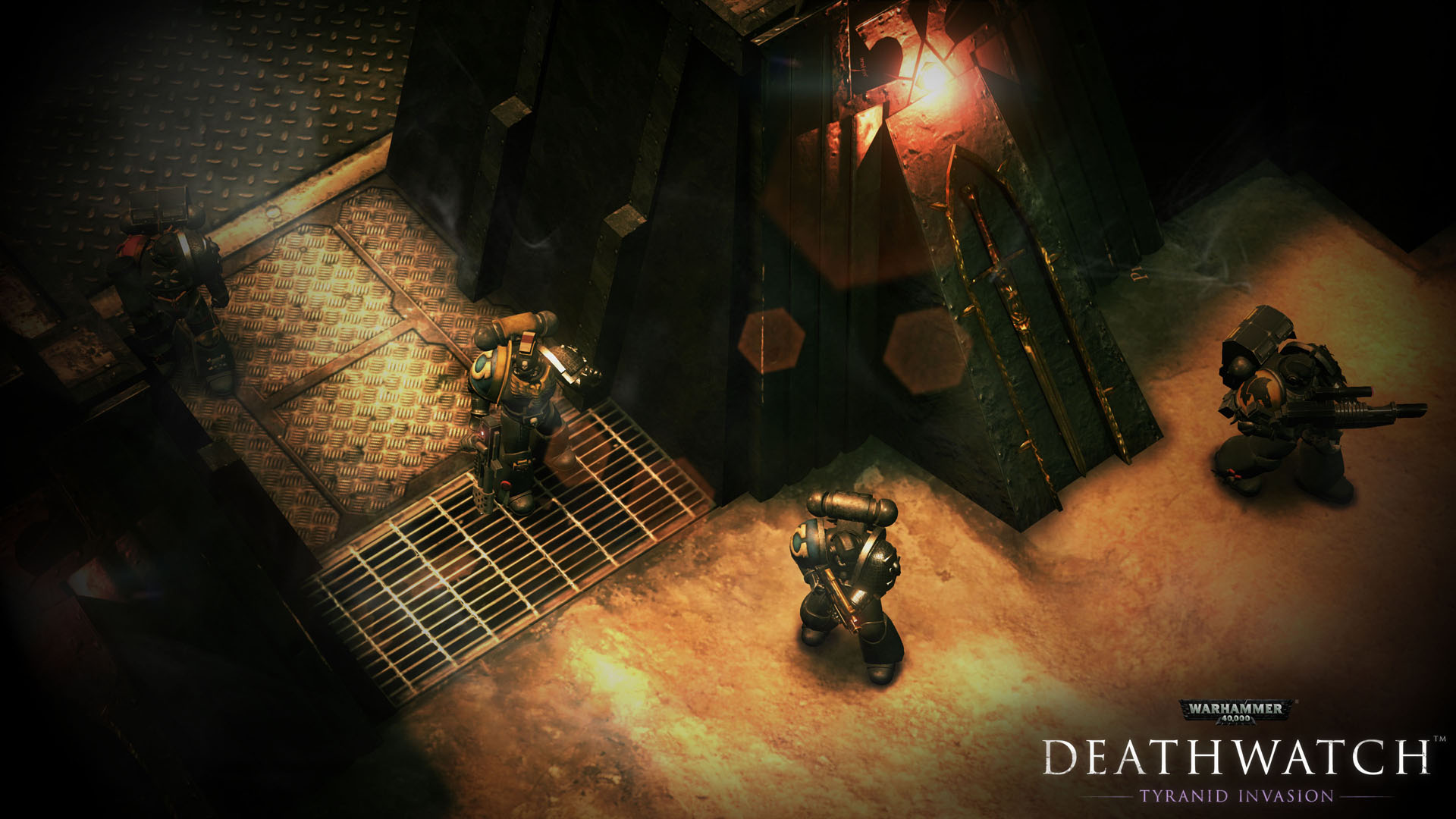 Murch: A big part of playing table top games is surveying the battlefield, planning your next move...and then re-planning when things all go wrong!

Given that Deathwatch is a turn-based game and using a great 3D engine, we wanted to make the most of that. Panning around the battlefield, tilting the camera, zooming in on enemy units, planning your turn, it all adds to recreate that tabletop experience.

Of course, it's down to the player. You can just rush around, smashing your units into enemy ones, the choice is entirely yours!

Any plans to release the game on Android, Windows Phone, or other mobile platforms? 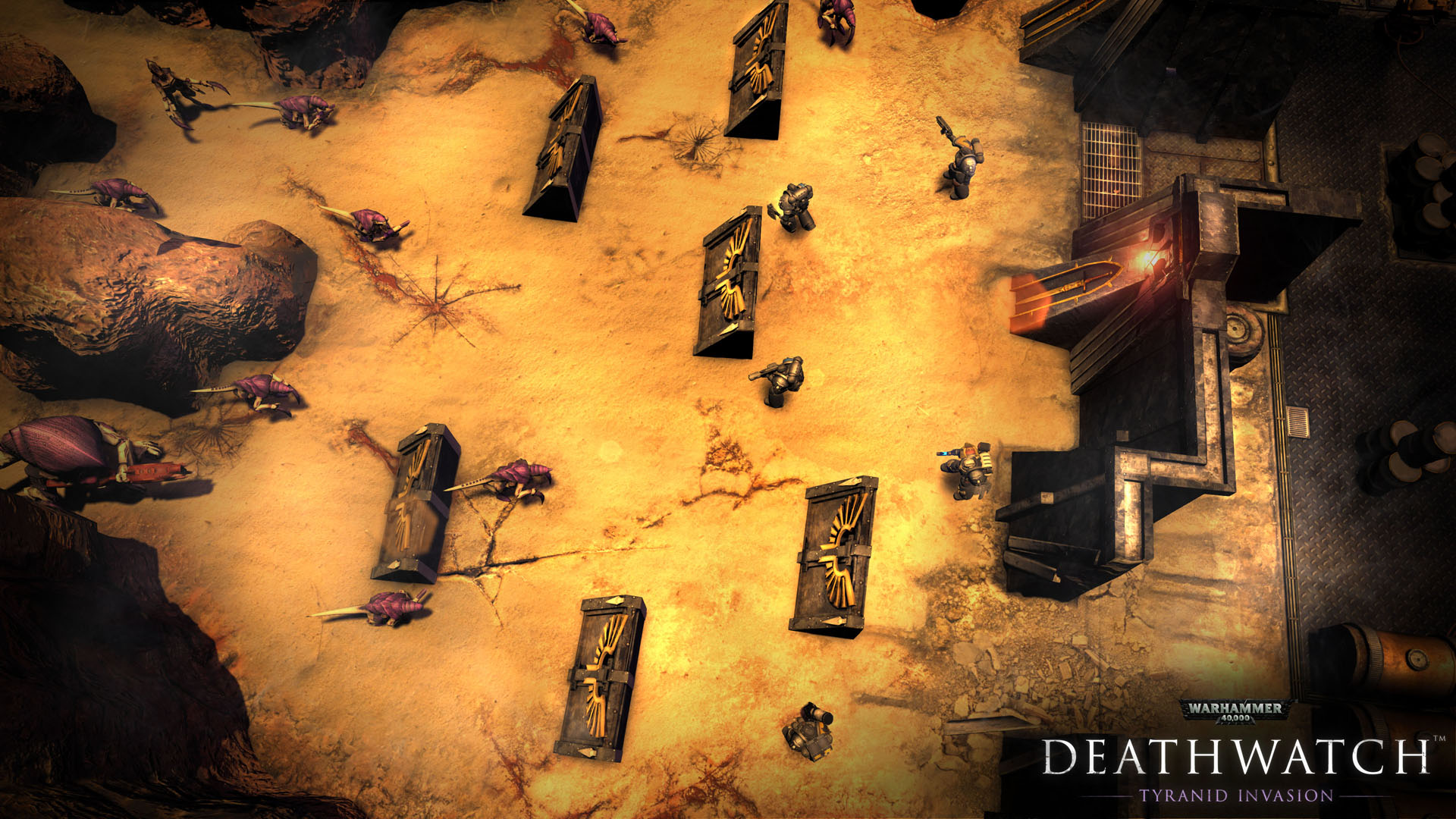 Murch: We do have plans to release on other platforms, however we really want to focus on iOS first and make that the best experience it can possibly be. Deathwatch: Tyranid Invasion is headed to iOS this summer.
Next Up :
Figure Fantasy: What to expect from the epic Ultraman Tiga collab