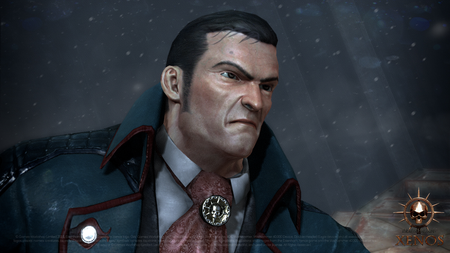 Eisenhorn: Xenos is not your typical Warhammer game. Most games based on the 40k license are strategy games, card battlers, and tactical turn-based head scratchers.

Xenos is very different. It's real-time, cinematic, focused on combat, and has ambitions to feel like a big budget console game.

You play as Inquisitor Eisenhorn - voiced by Mark Strong - and follow him through the story of the first book in the Eisenhorn trilogy, and into battle. 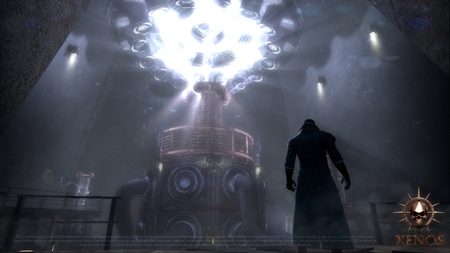 The fights feature a rhythm-driven combo system where you do more damage and use less stamina if you swing your sword, or fire your gun, with careful timing. And if you want to be more strategic you can 'pause for breath' to slow down time and queue up attacks like Fallout 3's VATS system.

The game sports the usual ocean of virtual inputs on the screen for all these attacks, but it also has MFi controller support if you like actual buttons. 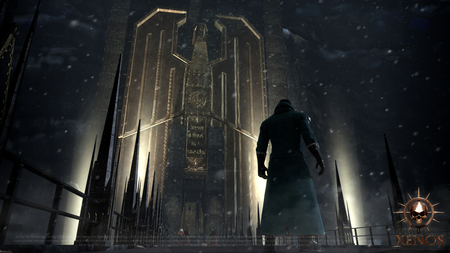 Eventually you'll get party members who follow you around. There's a bodyguard who fights alongside you in battle, and a support character who helps out in the adventure bits between battles.

You'll get to choose who you put into those slots, but you'll also be given recommendations of who to use, based on who is with Eisenhorn in the book. The game is trying to be faithful to the source material, after all. 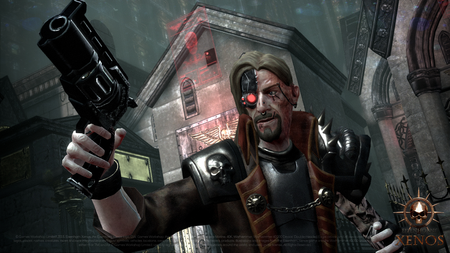 It's not all fighting, of course. You are given options of how to tackle the game and its enemies, and you may choose to avoid some fights by finding an alternate path through the stage, or taking a stealth approach.

If that's your bag, you've got a stun gun to incapacitate baddies, and you can even use mind powers to convince an enemy that you're invisible for a few seconds. Those psychic abilities don't work on cameras and turrets, though. 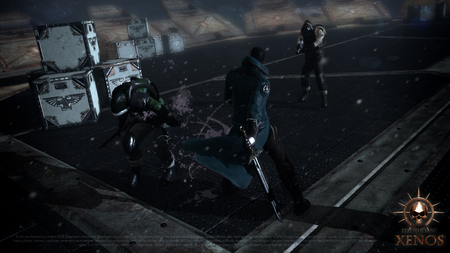 On the whole, the game is going for a cinematic, console-like quality and developer Pixel Hero Games (of Spiral fame) points to bombastic franchises like Uncharted and the Tomb Raider reboot as sources of inspiration.

And it looks the part. Xenos is using a modified version of Unreal Engine 3, with added effects like cloth physics, post processing effects, smooth model outlines, and lip syncing. 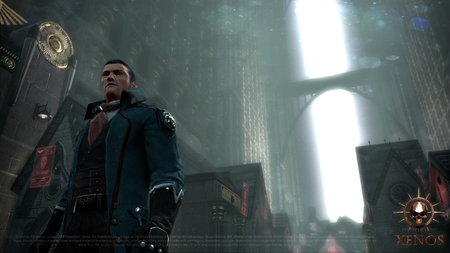 We'll see whether the game itself can live up to those lofty amibitions when it launches on iOS (and PC - and maybe one day Android) in September.