Camel Games is celebrating the 6th anniversary of War and Order, its MMO strategy war game on mobile. The festivities will welcome Michael the Archangel into the battlefield, as well as tons of prizes up for grabs as a "thank you" to loyal fans through the years. 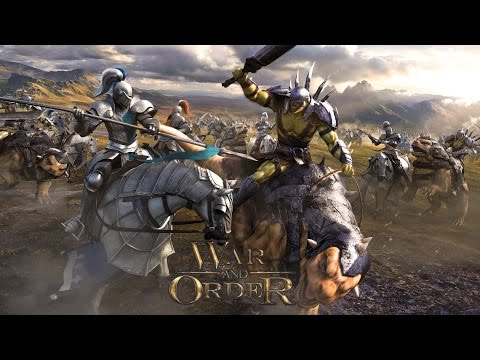 In War and Order, players can enjoy the Anniversary Gala event and look forward to the Winter is Coming and Wilderness Battlefield events. Michael the Archangel, the son of light in charge of God’s Army, is also joining the fray. During this event, players can wield the Sacred Sword, Eternal Spear and Angel Shied to score individual and alliance points, which will, in turn, yield Lord XP Card, Artifact Fragment Chest, Gold Coin, Material Chest and other in-game goodies.

There will also be a 2021 Year in Review event where players can enjoy a memoir of the lords' greatest achievements through the previous year.

War and Order has seen 70+ million castles built across 206 countries since its official global launch on January 26th, 2016. If you're eager to join in on all the celebrations, you can download the game on the iOS App Store or on the Google Play Store for Android devices. Players that download and play the free-to-play title before 24 February 2022 can also redeem the code "Pocketgamer2201" to receive some bonus goodies to help you get started.

What's A Preferred Partner Feature?
From time to time Steel Media offers companies and organisations the opportunity to partner with us on specially commissioned articles on subjects we think are of interest to our readers. For more information about how we work with commercial partners, please read our Sponsorship Editorial Independence Policy.
If you're interested in becoming a Preferred Partner please click here.
Next Up :
Azur Lane's Dawn of the New Year event welcomes the Spring Festival 2022 with new outfits and characters