Randia Labs has announced a new update to its mobile game Vita Fighters, welcoming new characters and fresh stages into the fighting game. Players can expect more action-packed brawling in the 2D title, with more fighters that are inspired by the most popular characters in pop culture.

Vita Fighters is adding six new characters to play around with and five new stages to duke it out in. The major update now brings the total of fighters in the game to 29 characters, which include retired pirate King, Olympic gold medalist Hyde, and baseball player (from the future, no less) Sleve. Along with these fresh faces comes Sheng Long, who was apparently (and hilariously) "booted out from a game because of a mistranslation".

Other new characters include Kenjiro - an assassin that was resurrected by certain magic balls - and Anderson, who looks oddly like a certain pop culture character with a classified background. 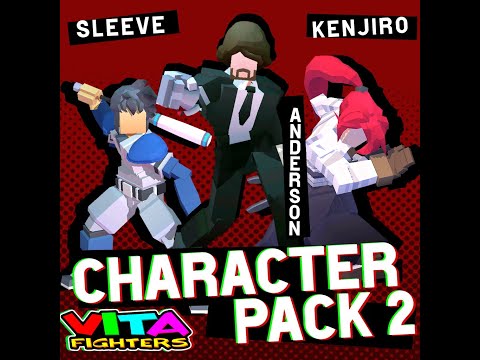 "I'm glad to know that players are having fun and we will continue on adding more features while maintaining the simplicity of the game," says developer AngryDevs. "It’s good to note that we're reading player feedbacks and we're also working on bringing online play."

Based on the synopsis, it does feel like humour is the name of the game here: "Not all fighting game characters get to the final roster of their respective game, hundreds of them are cut and sent to the chopping board never to be seen or talked about again. Enter Vita Fighters, the fighting game tournament with the prestigious prize of getting into a real AAA fighting game."

If you're eager to give these new characters a test run, you can download Vita Fighters on the iOS App Store and on the Google Play Store for Android devices. It's a free-to-play game with in-app purchases, and will arrive on Steam in 2022.

Next Up :
NCHE: The Escape is an upcoming zombie-filled title coming to iOS and Android in March 2022