Valley of The Savage Run is a newly released arcadey casual title that has just released for both Android and iOS. This re-released title is actually based on an old game that the developers have revamped with new graphics, soundtracks and other elements.

The game presents a hard and challenging environment where you have to choose one of the black or white characters available to hop on the tiles which are also of the same colours. The white jumps on the white tiles and vice versa.

Taking this into consideration, they both work as a team. The game becomes more interesting when there’s no available tile of the appropriate colour. In these cases, one of the characters has to carry the other on its back until both the colours are available or one of them has unlocked the colours.

The challenging part comes to play when the characters decide to teleport. Make sure to hop on each other’s back before initiating the teleportation as you land up in a random place with no assurance of both coloured tiles. 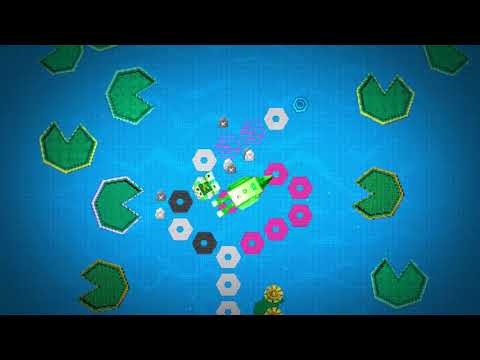 On top of that, the levels have been rebalanced with more fun and challenges added to it. The recent version supports Android 11 and iOS 14 without any possible issues. And, players who beat the game, get to watch the outro scene which the devs claim is an impossible task to do.

Valley of The Savage Run is now available on Google Play and App Store. It is a free-to-play game with in-app purchases.

If you enjoy playing endless runners, you may want to check out our list which names some of the best ones on iOS.
Next Up :
Dragonspire is now available to add to your wishlist on Steam ahead of its official launch next year