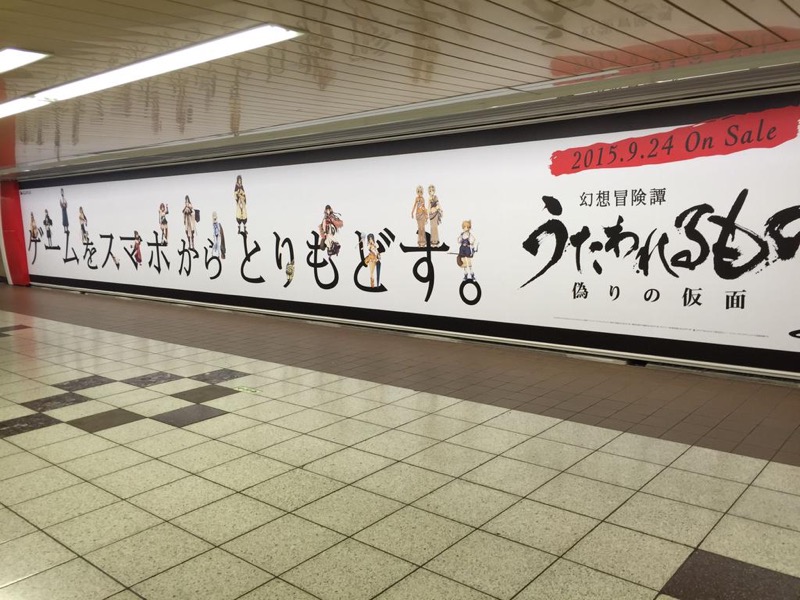 There's a billboard in Shinjuku (Tokyo) that reads "Take back video games from smartphones." You wot, mate?

It's part of the ad campaign for the recently released PS4, PS3, and PS Vita game Utawarerumono: Itsuwari no Kamen.

It's a visual novel and the sequel to 2002 PC eroge game Utawarerumono but doesn't have any adult content itself.

The photo of the advert you can see above was spotted by and shared by a user on Japanese textboard 2ch.

It's a pretty bold ad especially when you consider that Japan is one of the biggest markets for smartphone games. There were hugely popular in Japan well before they were in Europe and the US.

And the Japanese smartphone gaming market has only continue to grow since it blew up in the early 2000s.

It's why we've seen big gaming companies like Square Enix and Konami shift towards developing mobile games whereas before they focused on producing console games.

The chances of a single game on PlayStation platforms doing anything to avert the popularity of smartphones games are pretty slim, then. But it has got the advert and the game some attention, at least.

Kotaku
Next Up :
Pokémon Go teams up with Amazon Prime Gaming to bring exclusive in-game goodies to Prime members