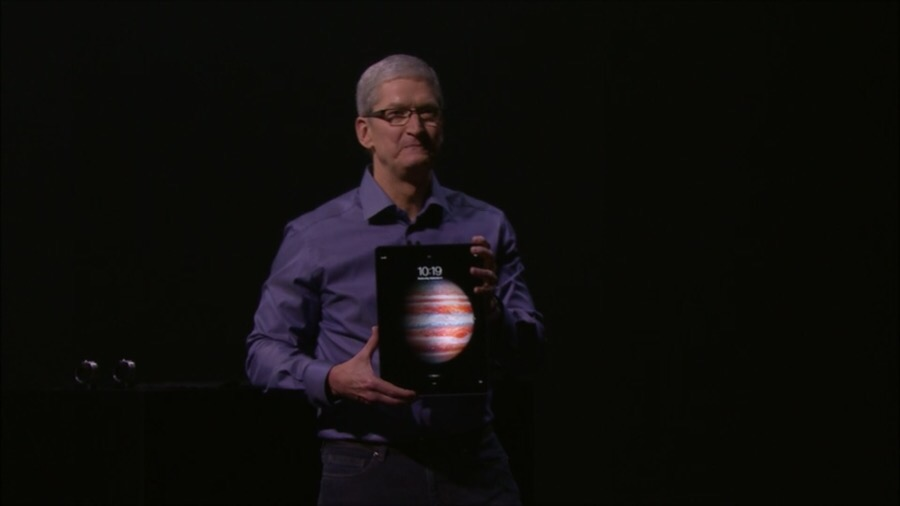 Apple has announced a huge new 12.9 inch iPad Pro, which its describes as its biggest and most powerful iOS device yet.

And it has double the graphics performance of the previous tablet - all with the same 10 hour battery life. 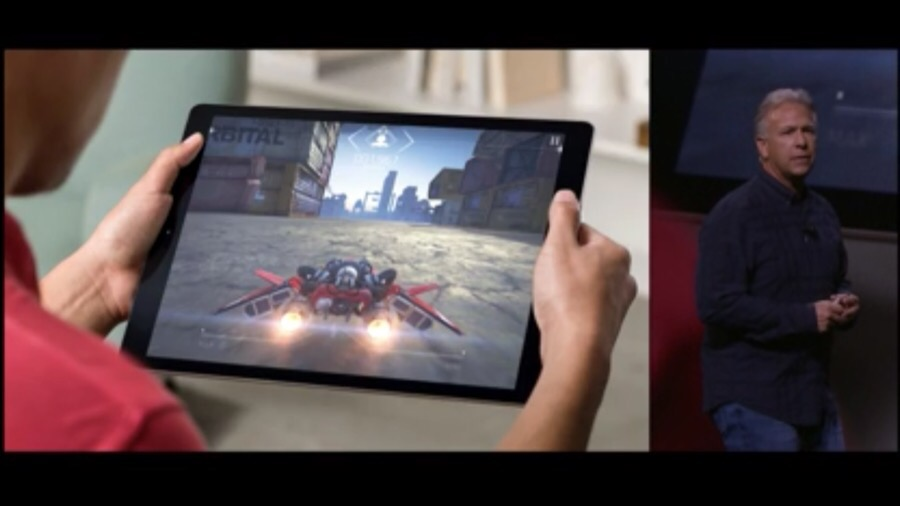 The device has a four speaker audio system, which automatically balances based on how you're holding the iPad. All in a device that is 6.9 mm thin (to iPad Air's 6.1mm) - but slightly heavier than the original iPad.

There are new peripherals, specifically for the iPad Pro. You've got a smart keyboard inside a foldout case which looks a lot like the Microsoft Surface one. And a smart stylus called an Apple Pencil, which you charge by plugging into the Lightning port on the iPad. 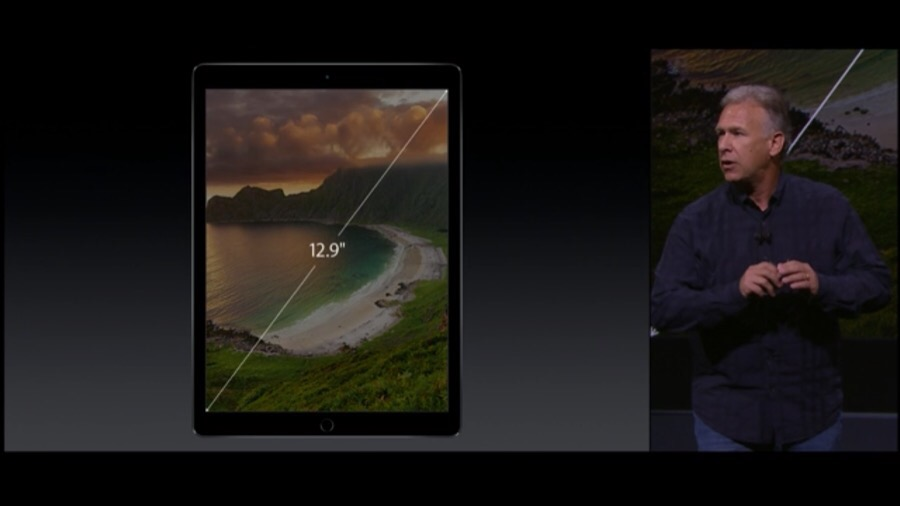 The iPad Pro also has an 8 megapixel camera and the Touch ID thumbprint reader. It comes in three finishes: silver, space grey, and gold.