Amateurs and pros are welcome here

After a successful entry into the esports scene last year, Amazon is bringing back its Mobile Masters tournament this June. The tournament includes competitions for World of Tanks: Blitz, Critical Ops, Power Rangers: Legacy Wars, and Survival Arena. The competition will be open to professional players and newcomers, and participants will have a shot at the $100,000 prize pool.

Mobile Masters is set to take place in Seattle on June 23 and 24, and it will be streaming for folks keen on watching. The competition makes use of Amazon’s new GameOn service, which aims to make it easier for developers to integrate competitions into their games. 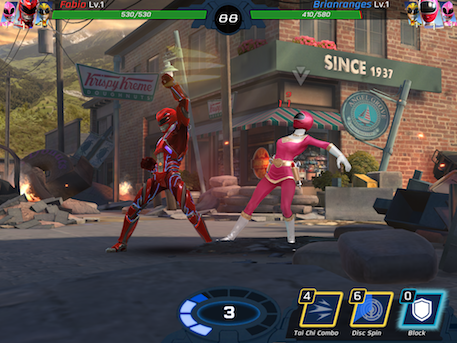 The tournament is welcoming all players to try their hand at the competition in Power Rangers: Legacy Wars and Survival Arena. Amazon will be hosting qualifiers later this month, giving players the chance to compete in the finals in June. The Power Rangers: Legacy Wars qualifiers will be held from May 5 - 13, with the Survival Arena qualifiers to follow on May 14 - 21. We hope you’ve been practicing. The final teams competing in June will be announced at the end of the month.

Are you thinking of entering, or will you watch from the sidelines?