XD Entertainment has just announced that its upcoming title Unhappy Raccoon is now open for pre-registration. It is a roguelike game for mobile that will launch this year on Android and iOS. Players will take on the roles of raccoons who may look adorable but are capable of dealing serious damage to enemies. Check out the launch trailer below. 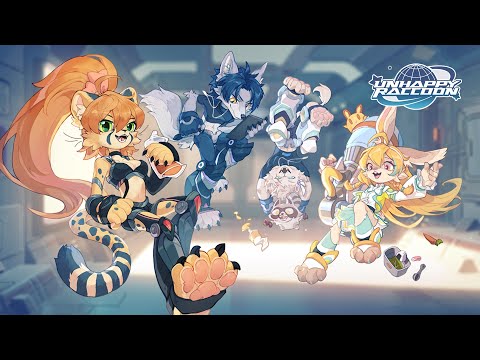 Unhappy Raccoon features a cell-shaded world filled with procedurally generated levels and fast-paced action. Players will find themselves stuck in the midst of a galactic challenge that is set by none other than the Raccoon God himself. The only way to be free is by winning this tournament.

It seems as if the Raccoon God has set up a universe-wide competition as heroes from every corner of the universe have been transported to his new world. It must be pretty clear by now that this god thrives on chaos and the cherry on top is that he is the one who sets the tournament’s rules as well. If players wish to escape, they must fight their way out of this world while also collecting the hearts of the universe.

The game features an intricate dual development system that will allow players to pick talents, weapons, and attributes for their hero, making them a force to be reckoned with. As players progress through the levels, they will have to successfully dodge attacks while also taking enemies on in melee and ranged combat.

If you’re interested in this roguelike featuring cute-looking but powerful heroes, then pre-register for Unhappy Raccoon right now on the App Store and TapTap. To stay up to date with all the details about the game consider checking out its Twitter and Facebook pages as well. You can interact with other eager players on the Discord channel as well. The game will officially launch sometime later this year.

Since Unhappy Raccoon isn’t here yet, why not take a look at this list of the best roguelike games to play on mobile right now?
Next Up :
Avatar: Generations, Square Enix's mobile RPG based on the hit Nickelodeon series, is soft launching this month