Undestroyed: Roguelike ARPG sees players adventuring as a being with a mechanical body who must discover the forgotten technology and bring light back to a dark world that faded due to an AI going rogue and annihilating humanity. The game is set in a futuristic cyberpunk world, and it is a roguelike side-scrolling action game where players have to clear one machine cell at a time in a world populated by rampaging robots. 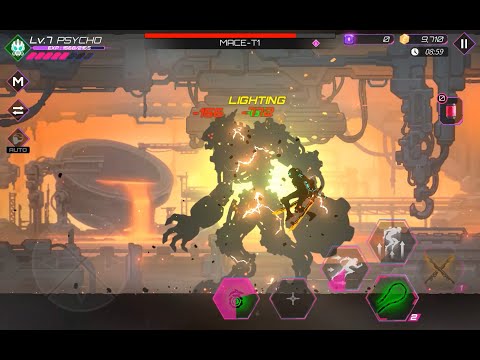 Undestroyed: Roguelike ARPG will offer players a 2D shadow action gaming experience along with a combat system that utilizes colourful and powerful weapon combos. The game has a unique feature where repeated deaths for the player will make them stronger as players will obtain new weapons and abilities each time they die to make battles more exciting. A special Battle Body system will also be there in the game, allowing players to change their characters' appearance and equip Ability cards.

Other prominent features of the game include the ability to craft a variety of powerful weapons, creating your own unique fighting style by choosing your equipment, and the presence of Dynamic Mechanical Dungeons.

Undestroyed: Roguelike ARPG offers players an entertaining 2D shadow action gameplay experience, especially with its combat system focusing on weapon combos being colourful and attractive, which should elevate the visual aspect of the game make it even more engaging and aesthetically pleasing.

The ability of the game to make players even stronger after each death by providing new weapons and skills is a unique feature that sets this game apart from the rest.

Also, check out our Top 25 best roguelikes and roguelites for Android phones and tablets
Next Up :
ReVamp is Zynga's new social deduction game coming exclusively to Snapchat

Undestroyed: Tips to help you tackle this robotic roguelike