iOS + Android
| Under: Depths of Fear

Rogue Games has brought its immersive first-person horror game Under: Depths of Fear to iOS devices after a successful release on PC last year. The game is now available as a premium release on the iOS App Store.

Under: Depths of Fear puts you into the mind of traumatised World War I veteran Alexander Dockter, who is struggling to survive aboard an eerie turn-of-the-century ocean liner that is slowly sinking. As if that wasn’t bad enough, your escape from the ship is sabotaged by malicious enemies who want something from you.

Something sinister lies just below the surface... Can you survive it????????? UNDER: Depths of Fear now available on the @AppStore at 60fps???? Dare to go Under: https://t.co/q7dYVHYWr4#Indie #IndieHorror #titanic #HorrorGames #Indiedev #indiegame #Mobilegaming #iOS #Apple #60fps pic.twitter.com/g7lz5aA8Rn — Rogue Games, Inc. (@Rogue_Co) April 28, 2021

It’s not very often you tend to see these kinds of immersive first-person horror games show up on mobile, so it’s lovely to see something this dark and horrifying can now start scaring you while you’re on the go.

Check out the trailer below to see the game in motion. As a massive fan of PC first-person horror games like Resident Evil 7: biohazard and Alien Isolation, this one looks brilliant. 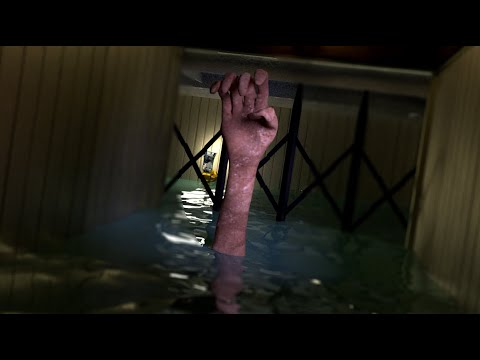 Under: Depths of Fear has also recently blown up on TikTok for its frightening depiction of a sinking ship atmosphere and realistic visuals. YouTubers such as Markiplier and Hollow have also given the game some considerable attention, which has only allowed its popularity to grow.

Under: Depths of Fear is available now from the iOS App Store, where it is a paid title costing $5.99.

If you enjoy playing horror games on your iPhone or iPad device, be sure to read our list which details some of the best mobile horror titles to be found on iOS.
Next Up :
Black Desert Mobile reveals new Drakania class alongside other major updates and announcements