After the success of their adventure game Spider Hero-SuperHero Fighting, The Occess Pvt Ltd. has released a new game, Ultimate BattleStrike. It is an action-packed game with smooth gameplay filled with missions were you take on enemies all by yourself. The objective is to keep defeating enemies and completing one combat level after another.

Ultimate BattleStrike Game's file size is just 81 MB, and it even runs smoothly on devices with 1GB Ram. It offers an enchanting story of a boy named Dmitri and depicts his journey to becoming a soldier by training and fighting against the army to become the ultimate survivor.

The theme of Ultimate BattleStrike Game revolves around the survival of the fittest concept as you are the only fighter against many enemies. You start on a deserted land where the entire city is your battleground. 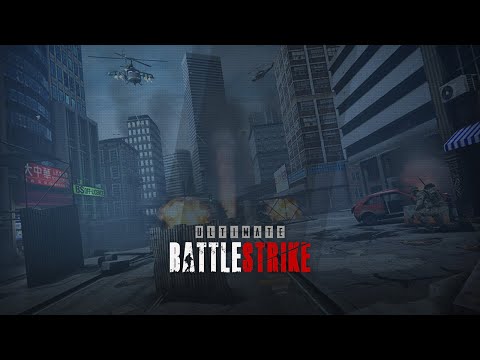 You need to think fast and collect the necessary weapons to take out your enemies. After completing a mission, you will get to customise your weapons and be able to use the achievements points obtained to increase your firepower that will help in subsequent missions.

There are also in-app purchases to customise your weapons with different skins available. As you progress, the missions become more challenging, and you will need to plan your strategy , where you need to devise a surprise assault to gain an edge over the enemies.

Considering the file size of Ultimate BattleStrike Game, it offers decent graphics and 3D sound effects that takes us through real-life experience in the battleground. Not only that, but it also provides many in-game customisation options.

It looks like a pretty promising FPS option for players who don't have a device with very high specifications. Now that it has been globally released on Android, interested players can give it a go by downloading it from Google Play.

Interested in shooting games? Check out our list of the Top 25 best shooting games on Android phones and tablets.
Next Up :
KYoo Games' Starship: Zerg Invasion is a new RPG that is out now on Android in select countries