Typoman Remastered, a re-release of the console and PC puzzle platformer, launches for iOS and Android

Five years after its initial Wii U release, the indie 2D platformer Typoman is officially back and ready to be played on mobile. During those five years, Brainseed Factory, the developer of Typoman, received a lot of feedback and critique and took them all to heart to deliver a premium and perfectly put-together version of the cult classic to both existing fans and players who may have originally skipped out on the game.

First off, given the status of Typoman as an indie game, it’s quite possible you haven’t heard of it. Typoman is a hybrid game, mixing the 2D platformer element with a dash of puzzling. The name is in reference to the game’s primary mechanic, which is your ability to solve those puzzles by picking up letters and forming words or even changing existing words on the stage, both of which will change elements of said stage. 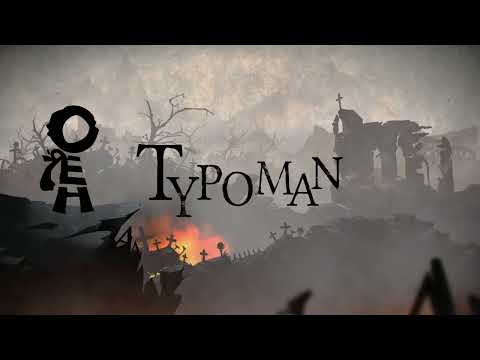 If the word is valid, it will affect your game, but if not, it will glow red and be useless. For example, let’s say you create the word DOWN by forming letters you’ve picked up, and you place that next to a gate that needs to be closed. That gate will then close and allow you to progress. This mechanic makes Typoman very unique and interesting in its own right and was mostly what earned it its status as a cult classic.

As for what changes the remastered version has brought, you’ll have a ton of small optimizations in both the controls, the graphics, camera functions, and more. The biggest change is the Hint System, which will allow you to opt into getting a hint if you get stuck on a puzzle. This is bound to make the game even more enticing to audiences who may not want a super difficult puzzler and want to enjoy the game as is.

Currently, Typoman Remastered is available on the App Store and Google Play for $6.99, but players can also experience the prologue completely free to see if the game clicks for them.

Looking for more brain-teasing puzzlers? Check out our Top 25 best puzzle games for iOS!
Next Up :
Apex Legends Mobile introduces a brand new legend alongside some more details about Season 2