Is this the work of fairies?

Trap Labs, according to developer 1337Packet, is an action-puzzle game that was inspired by Starcraft and looks like Fairly OddParents. It's not really two things you expect to hear together but here we are. Trap Labs is available now on the App Store and Google Play.

The visuals being inspired by Fairly OddParents was probably pretty evident as soon as you saw the image without reading one word of this story. Even if you couldn't quite remember the show's name it probably felt familiar. The resemblance is uncanny, there's wearing your influences proudly and then there's recreating them with painstaking accuracy.

It's visually very impressive in that sense. I could definitely see the games' main character Billy hanging out with Timmy Turner and co. But what about the Starcraft inspiration? Well, that comes in the gameplay. Players will have to get Billy from one side of a room to another whilst evading numerous traps by learning their patterns. 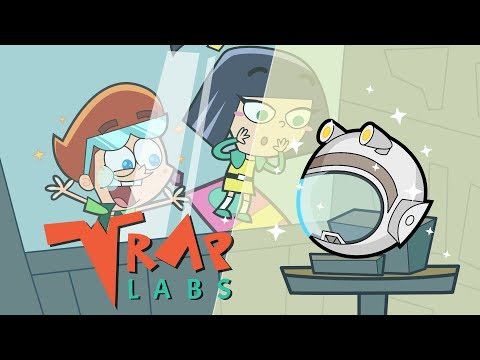 This was something that could be found in both Starcraft and World of Warcraft in bounds and mazes. You could, of course, draw comparisons to almost any game that has obstacles that impede progress though honestly.

Trap Labs' story campaign will be made up of 100 levels with a further 100 available in a mode called Level Up where you can compete with other players for the top spot on the leaderboards. If leaderboards aren't enough multiplayer for you then you will also be able to play online in both co-op and race-style maps.

Trap Labs is available now over on the App Store and Google Play. The first 25 levels and easy difficulty endless mode are free-to-play whilst the rest of the game can be purchased for $4.99. There are apparently no ads whatsoever.