The worst thing about taking the train is that you'll almost inevitably be delayed by slow stopping services, changing staff, people nicking signalling equipment, and so on.

In the world of digital trains, this shouldn't be an issue, yet TrainStation 2 seems to revel in its ability to delay your travels even when the destination is a stone's throw away.

It's a baffling, pointless grind which only manages to slightly redeem itself with a cute, colourful art style, and you'll be left wondering why you bothered playing not long after you started.

TrainStation 2 opens with George Stephenson, the "father of railways" himself, tasking you with bringing him various resources to teach you the ropes.

The tracks are already built, so all you need to do is tap on a resource location, choose a locomotive to go get it, wait a bit, collect the resource, then send it on over to Georgey boy, which throws up another wait timer. 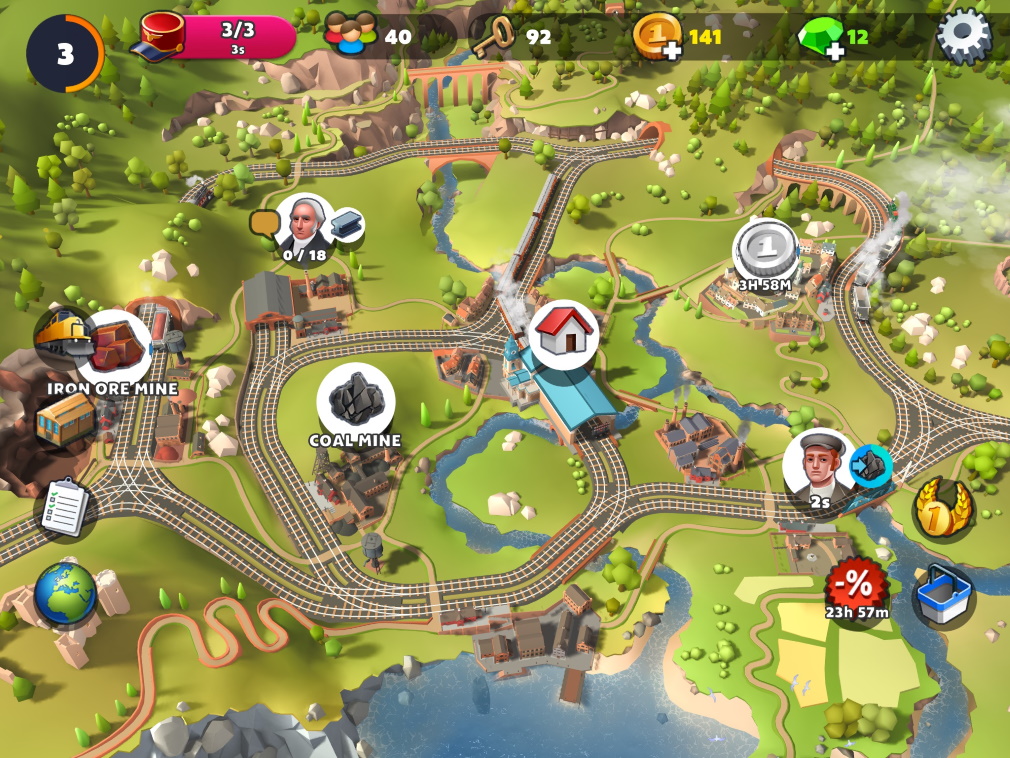 You can only have three trains moving around at once to start with, though this can be upgraded with the game's hard currency, gems, and only when you reach certain levels.

Help George out enough and soon other, non-famous people will start asking for stuff to be sent to them, meaning you'll have to start managing which trains go where.

And while all that's going on, you'll need to be making new resources with the raw materials you collect in the overworld, again incurring further wait timers as you make steel in a factory or what have you.

That's basically it. Within minutes of starting, you'll settle into a familiar pattern of picking up resources, collecting resources, turning some of them into a different resource, and shipping them out to different customers in exchange for XP and keys.

Keys help you unlock more trains in the game's loot boxes, each of which can also be upgraded using parts earned by either dismantling duplicate trains, or, you guessed it, opening a loot box.

It all feels like an idle game. There's no real goal other than to increase your level and unlock more new stuff, but the new stuff doesn't change anything. It just gets you more stuff at a faster pace.

But there's no automation here. Everything you do has to be initiated by you - you can't set a train to eternally gather resources until your warehouse is full while you're away, for example.

Which means that every time you load up the game, you're basically starting from square one. And that gets really tiresome, really quickly.

Even the story missions - a term I use very loosely given the lack of story - dry up before you manage to unlock anymore, so you're stuck with a seemingly pointless grind for a long time before you can unlock a new area to move onto. 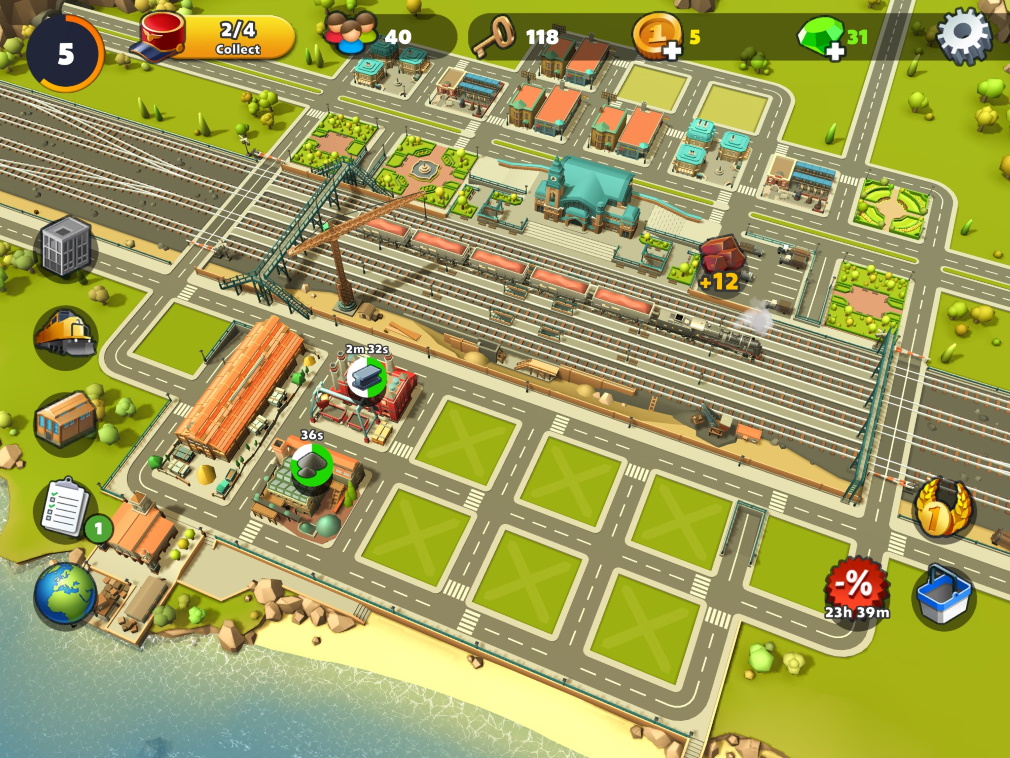 So, why play it? Well, the graphics are pretty nice. The trains are shiny and well-designed, and the overworld is low-poly and colourful, making for a very pleasing aesthetic.

And there is something kind of therapeutic about the mind-numbing task of tapping various locations in succession, transferring resources around, and looking at cute trains going about their lives.

Disruption on the line

There's no meaningful progression to make, save for levelling up, and other rewards come so slowly that you'll be stuck with the same stock of trains for hours before anything shiny and new comes along.

It's gentle and calming in its own way, but TrainStation 2 seems to have ignored some of the key idle game principles to create an experience that demands your full attention on what amounts to basically nothing.

Cute visuals don't save TrainStation 2: Railway Empire from its mind-numbing tedium of transporting resources at a snail's pace
Next Up :
Hindsight review - "Deeply emotional but a tad repetitive"