The dynamic cat-and-mouse duo is at it again as Tom and Jerry: Chase celebrates its first anniversary with a sizzling summer party. With a whopping 10 million players in Southeast Asia, Warner Bros. Interactive Entertainment and NetEase Games’ 1v4 casual game has a lot to celebrate, and it’s all thanks to this endless chase between our favorite feisty feline and his mousy frenemy.

Tom and Jerry: Chase features a new map on the beach for the classic 4v4 mode, with beach party-themed and pirate-themed costumes to set the mood just right. Other maps include a hidden underwater chamber, as well as a boathouse on the shore. Players can experience Toodles Galore, Tom, Jerry, and Pirate Jerry in a brand new way, along with top-up rewards and trial character unlocks so players can test them out during the anniversary. 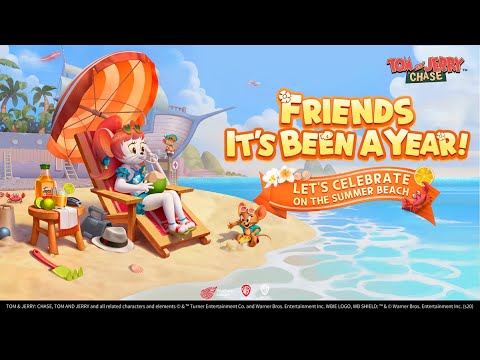 Easter eggs abound for the most eagle-eyed fans to discover, as well as new summery beach outfits for Jerry as a reward for anyone who logs into the game throughout the anniversary event. The shop will also feature special discounts for the summer gift box as well as rewards for players who top-up in the game.

The competitive asymmetric multiplayer title lets you play as Jerry (who will stop at nothing to steal that cheese) or as Tom whose only mission is to foil Jerry’s plans. If you want to join in on the mayhem, Tom and Jerry: Chase is available to download on the App Store and on Google Play as a free-to-play game with in-app purchases. You can discover more about the game on the official website, or catch the embedded clip above to know more about the gameplay.

Eager for more games you can play with friends? Have a look at our list of the top 28 best mobile multiplayer games for Android phones and tablets!

Next Up :
My Child Lebensborn, the harrowing narrative sim, is now available for Nintendo Switch