Currently only available in China

Last year, giant of the mobile games industry NetEase released a 1v4 asymmetrical multiplayer title set in the world of Tom and Jerry. It's a neat premise, and it's done incredibly well over in China, where the game has amassed over 100 million registered users.

This is the second Tom and Jerry game to come along recently in China, with NetEase having previously released a runner based on the IP in 2015. YouTube channel Gaming Mobile's video description claims that this is a relaunched version of an earlier single-player Tom and Jerry game.

As you can see from the footage above and below, the game retains the original cartoon's 2D animation style. It looks surprisingly good in motion, boasting some fairly impressive character animations. Niko Partners analyst Daniel Ahmad notes that the game is regularly updated with new modes and events, which is probably a big reason for its continued success. 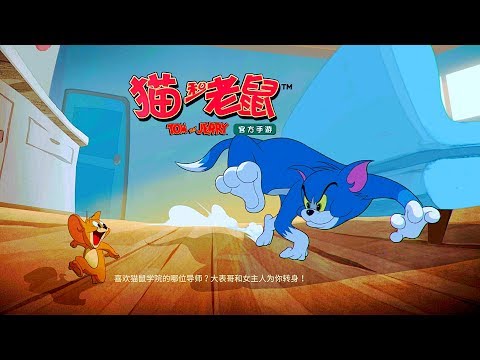 Unfortunately, NetEase's Tom and Jerry is currently only available in China and in Simplified Chinese, and a western release doesn't appear to be on the cards anytime soon. It's a real shame that this thing might never launch over here; the show no doubt has a lot of fans of all ages, and it sure sounds like a more interesting game adaptation of a TV show than the idle clickers and runners we're used to seeing.

You could always download the APK (link to download) and try to give it a go that way, but the whole thing will obviously be in Simplified Chinese. Still, it's probably worth a shot if you enjoy the show and are starved of decent Tom and Jerry games.

Top 25 best multiplayer games on iPhone and iPad
Next Up :
Rivengard, a fantasy RPG by Snowprint Studios, is featured in Apple's Founder's Campaign alongside an assortment of other great games