Dreamplay Games Inc.'s Titan Slayer: Card RPG has launched an update this month that adds a new awakening system to the strategy game with roguelike elements. The latest patch lets players expand their user level and character level, as well as enjoy some quality-of-life improvements and bug fixes to boot.

In Titan Slayer: Card RPG, players can enjoy more of what they know and love from the deck-builder with two new package products added to the game (Babarian Package 1 and 2). Creating your own customised deck lets you battle against both enemies and other players in either single-player or multiplayer mode.

In case you're not familiar with the game, Titan Slayer: Card RPG features a wide variety of skill cards that players can mix and match to suit their playstyle best. The game's single-player adventure takes players on a journey to Valhalla where you'll have to take down seven Titans and recruit allies to buff up your deck along the way. 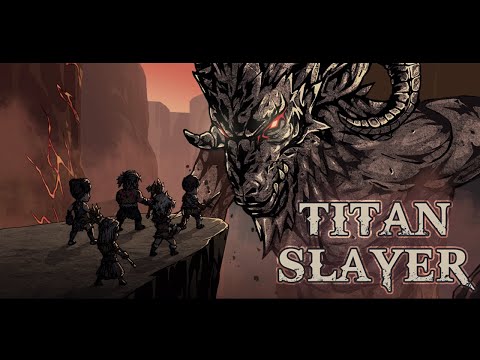 Meanwhile, the multiplayer mode lets you put your skills and your deck to the test against other players in the Temple of Judgment. You can also challenge the Tower of Competition, or try to last as long as you can in the game's survival mode.

If you're eager to give the game a go, Titan Slayer: Card RPG is available to download on the iOS App Store or on the Google Play Store for Android devices. It's a free-to-play game with in-app purchases. You can also take a sneak peek at the embedded gameplay trailer above to get a feel of the title's vibes and visuals.

Are you on the lookout for more roguelike games on your mobile device? Why not take a gander at our list of the top 25 best roguelikes and roguelites for Android phones and tablets?

Next Up :
Project ER will let you participate in siege battles for 24 hours, coming soon to mobile