YOOZOO Games has announced a festive new update for Time Raiders, the studio's 3D adventure game on iOS and Android. Featuring an eastern-style theme, the game is offering players plenty of opportunities to join in on the festivities of the Lunar New Year with special LNY outfits, login bonuses, exclusive weapons and more.

In Time Raider's latest update, players can look forward to scoring goodies such as the exclusive title “Rabbit of Prosperity” simply by logging into the game until January 29th. Clearing daily LNY tasks will reward diligent players with the exclusive hairstyle “Snow Festival” as well - and whenever you open LNY Deluxe Boxes, you might just score the powerful artifact “Beast Incense Burner”.

Since the LNY is celebrating the Year of the Rabbit, there will be special challenges that will offer the exclusive “Auspicious Rabbit” Avatar Frame and the “New Year’s Rabbit” Chat Msg Box as prizes. Gold Diamonds are up for grabs for taking part in the “Expel Year Beast” and “Pet Race” events as well. 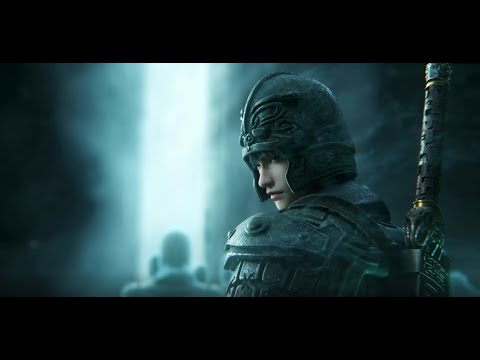 The upcoming spring-themed weapons will be available for purchase soon, along with the “LNY Value Box”. And finally, players who have reached level 15 can enjoy a special gift worth $30 on January 21st from their mail. Plus, those who follow the game's official Facebook page can nab an additional code worth $10!

If you're keen on getting your slice of the pie during the Lunar New Year festivities this month, you can download Time Raiders on the Google Play Store for Android devices and on the iOS App Store. It's a free-to-play game with in-app purchases.

Are you on the hunt for more similar titles that will put your skills to the test on your mobile device? Why not take a gander at our list of the best adventure games on Android?

Time Raiders is an upcoming MMORPG that lets you explore underground tombs, now open for pre-registration