Tick Tock: A Tale for Two isn't a mobile game for antisocial people

But it sure looks fun

If you've played the 'escape the room' games before, you'll have a good idea of what Tick Tock is about. If not, well, it'll be out on Steam and mobile later this year so you'll experience it soon enough. 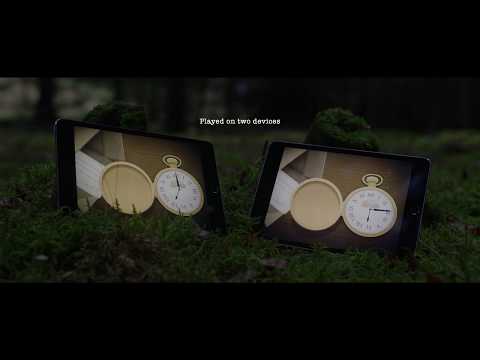 Tick Tock: A Tale for Two is a stylish puzzler where you and a friend find yourselves trapped in two clockworlds. It uses a similar mentality as Keep Talking and Nobody Explodes in that it's played between two devices and cannot be played by yourself (unless you're a dirty, dirty cheater), so you'll have to work together to escape.

It's also got some serious Year Walk vibes in its art style and a subtle, unsettling atmosphere that has you guessing at what you might find as the game goes on. When one of us got our hands on the game back in 2016, we thought it was brilliant back then so we're very excited to see how far it's come.

Since then the two-person team has received investment from Coffee Stain Studios (Goat Simulator) as part of its Leveling the Playing Field initiative, and that's always nice to see.

We won't be seeing it out until Q4 of 2018, but we can't wait to see the finished product... and to fight with our friends over our inability to cooperate on anything. Er, no? Just me?