The first gameplay for The Sinking City’s Switch port has finally released into the wild, and we now have a clearer idea of how it’ll perform and what – if any – concessions have been made. The Switch version was first announced back in June at E3, and a firm release date is yet to be announced. 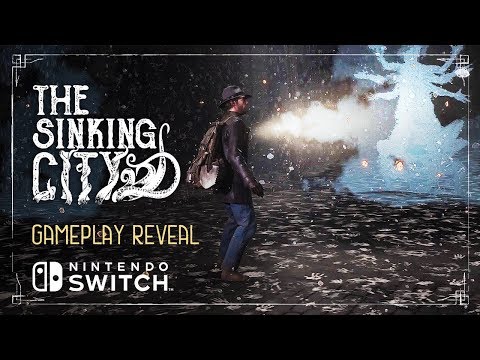 Thankfully, this doesn’t seem like a basic port at all, with the gameplay trailer highlighting several ways in which it differs from – or has even been improved over – the current console and PC versions. I played a few hours of The Sinking City on PS4 at launch, before eventually throwing in the towel due to it being riddled with bugs and performance issues.

It was, and still is, a bit of a mess, though a sizeable patch has been in the works for some time. In fact, many of the improvements teased in the trailer are set to arrive on PC, Xbox, and PS4 with the upcoming patch. They include improved gun sounds, visual effects, and recoil.

The Switch version is optimised to run at 30 fps, and is said to boast optional gyroscope aiming and touchscreen menus. On top of that, the port will include full voice over in English, French, German, and Russian.

The game draws heavily from the writings of H.P. Lovecraft, with direct references to almost the entirety of his best-known work. It certainly showed a lot of promise during the lead-up to launch, though went on to receive an arguably lukewarm response from many.

Developer Frogwares has confirmed we’ll get a firm release date for the Switch version next week, teasing that ‘the date is sooner rather than later’. I’m still waiting on that promised PS4 patch, but I have to admit to being interested in seeing how it works on Switch considering the state of the other versions.