Square Enix’s popular Mana series is releasing a remastered edition of the fourth game in the series for iOS and Android. It is called the Legend of Mana and the mobile version will feature a new touchscreen UI, gamepad support, and cloud saves.

It all began with a dream of a tree. But it wasn’t any ordinary tree. It seemed mystical and powerful. It was the legendary Mana Tree. And that’s where the game begins. In Legend of Mana, you will embark on a journey in the mysterious land of Fa’Diel to find this tree. It won’t be an easy task because, for reasons unknown, the world map is empty! 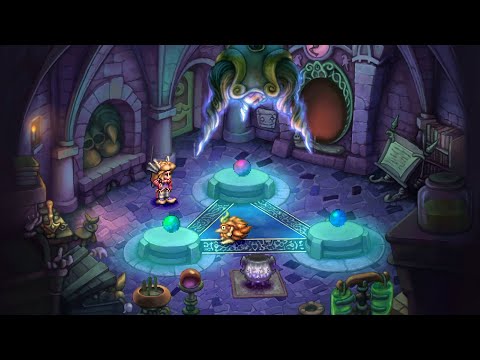 On their journey through this magical world, you must find special artifacts which can be placed on the map to reveal all the hidden towns and dungeons through the Land Creation System. You can expect to make a lot of enemies on your way too. Capture some eggs and hatch pet monsters from who will lend a helping hand in. Progressing through the story depends on the choices you make, which leads to a personalized gameplay experience for everyone.

Legend of Mana originally released way back in 1999 for PlayStation. Players of the new and old generation can enjoy the game with completed remastered visuals and soundtracks. Play around with the new and old soundtracks, including songs from the beautiful Hometown of Domina. Another addition to the remaster is a new minigame called Ring Ring Land. It focusses on strengthening your pet monsters. Explore Fa’Diel and meet iconic characters from the original,while facing-off against strong monsters. Your pet and you have a long journey ahead.

Start this journey now by downloading The Legend of Mana on the App Store and Google Play. You can enjoy this timeless story currently at a discounted price of $21.99 USD. The offer is valid until December 21st.

Also, check out the top RPGs to play on mobile!
Next Up :
Unreal Life is hako life and room6's pixel art adventure coming to mobile in 2022