The Heroic Legend of Eagarlnia, Pixmain and Hongshou Studio’s grand strategy game, is out now on iOS and Android devices following a year of success on PC. The single-player turn-based title is available to download with a price tag of $4.99 - no ads and in-app purchases needed.

Eagarlnians from across the globe can now experience the full game right from the palm of their hand, as the mobile version of The Heroic Legend of Eagarlnia features fine-tuned mechanics, improved pixel art, as well as newly added faction contents to make sure that mobile gamers aren’t missing out.

The lightweight fantasy game features five races (humans, elves, orcs, dwarfs, and the undead) that players can build their empire from, along with 19 different factions and loads of hidden relationships to uncover. Players will also have to learn how to manage their troops, as well as boost morale and improve the economy - because winning wars is more than just leading your army to combat.

There are over 100 soldier types and more than 350 unique heroes to recruit or to capture, each with different traits and abilities that can prove useful in battle. You can also choose to be as involved as you want to be during battles with manual, auto, or semi-automated controls in combat. 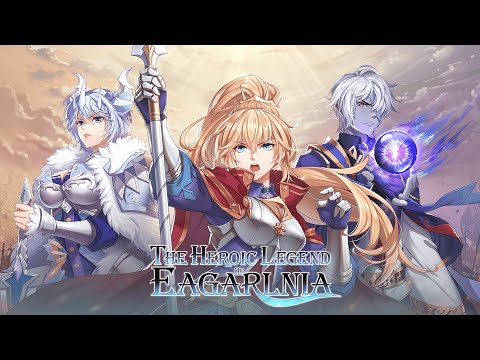 The Heroic Legend of Eagarlnia is now available to download for $4.99 on the Google Play Store for Android and the iOS App Store, with English, Traditional, and Simplified Chinese language support. If you’re curious about the gameplay, you can take a peek at the embedded trailer above to get a feel of the game.

Are you on the lookout for more strategy titles that will train your inner tactician? Why not take a look at our list of the top 25 best strategy games for iPhone and iPad (iOS)?