JRPG-style turn-based strategy title The Heroic Legend of Eagarlnia, developed by Pixmain, has finally released the official 1.0 version after a year of early access. Given how much success the game has already seen, leaving early access has been long anticipated and comes with a ton of improvements, content, and updates. As of now, this full release is exclusive to the Steam version, but Pixmain has stated that the Android port will receive some updates fairly soon, so this all may be a teaser of what's to come.

Some of the primary improvements you’ll see alongside the 1.0 patch are a massive new technology tree system, a brand new battle mode, and a ton of new content in general. Alongside all of the free updates, there will also be a paid DLC coming as well, giving players a new look into previously unseen parts of the large fantasy world.

The new technology tree has replaced the faction characteristics that were present before, and will introduce new buffs, special effects for actions such as troops, public sentiment, fortification, and destruction, as well as unlocking special equipment for advanced weaponry. Players can unlock points to invest into the tree by advancing rounds, investing in the size of their city, and completing heroic missions. 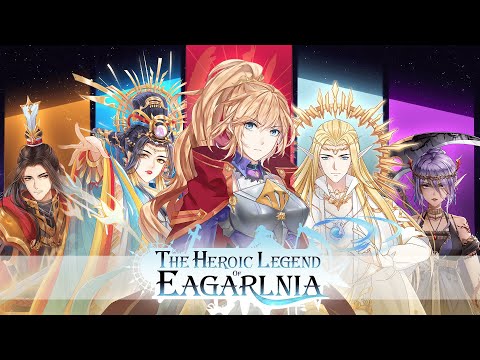 And, of course, we’ve got the free new faction to play, as well as the paid DLC additions. A new army has been brought into the fold, the Western Liberty Army. These heroes have a sort of wild theme, barbarian style, and focus on guerilla warfare. It also includes 10 new cities, 24 new pieces of equipment, 12 passive skills, 10 active skills, and 18 effects. As for the DLC pack, it includes a wild 4 new factions, 32 new heroes, 52 new troop types, and 13 new cities.

Still with me? This is, frankly, an absurd amount of content all coming at once, so there’s no better time to try out the tactical strategy game. If you haven’t heard of the title, the easiest way to describe the gameplay is a Fire Emblem or Final Fantasy Tactics-esque combat style with some Civilization city and army management. If all of that sounds up your alley, you can find The Heroic Legend of Eagarlnia for only $4.99 on both the App Store and Google Play.

Love strategy games? Check out our Top 25 best strategy games for Android devices!
Next Up :
Puddink, a new physics puzzler based on building towers from pudding, coming to iOS later this year