Interactive film The Gallery has just dropped a thrilling new trailer that showcases the live-action video game's gripping narrative and in-game choices at the same time. Written and directed by Paul Raschid, the game will soon be available on both iOS and Android devices, as well as on PlayStation, Xbox, PC and the Nintendo Switch on August 1st.

What makes The Gallery even more unique aside from its interactive features is the fact that the story is set in two time periods. Players will experience the game in 1981 and 2021, and will have to make crucial choices across more than 150 decision paths.

“I think The Gallery will appeal to many different viewers - not only the gaming community, who already have experience with this kind of story-telling, but also the film and TV genre audiences and anyone into thriller/action/drama really!” says George Blagden (Louis XIV in Versailles and Athelstan in Vikings). 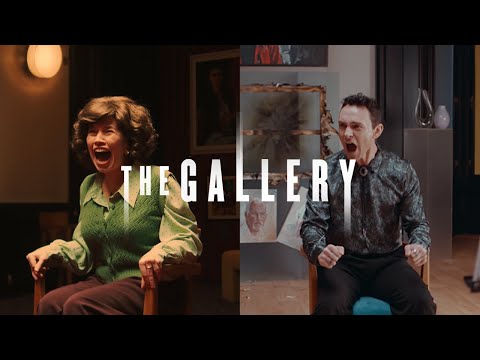 “For the gaming community, we hope it delivers perhaps a fuller and more detailed story than viewers might expect. And for those who might not be used to watching things with an interactive component, there is the thrill of a new way of storytelling,” says Anna Popplewell (Susan Pevensie in Disney’s Narnia franchise).

“Unexpected, on every level. I thought I knew what the process would be. I was wrong. It was 10 times harder, and more confusing than I could ever have imagined. I thought I knew what the outcome would be. I was wrong. The result is way more complex and detailed than I thought was achievable in a 6-week shoot. I can’t wait to try to find other ways of bridging this gap between films and video games with projects in the future," George Blagden adds.

If you're eager to know more ahead of the release, you can add The Gallery to your wishlist on Steam for now.

Are you on the hunt for more similar titles that will put your skills to the test on your mobile devices? Why not take a gander at our list of the best narratives on mobile?

Next Up :
Later Daters, the visual novel-style dating sim with an elderly cast, is out now on iOS